Something in the Air (Toronto Workshop Productions) 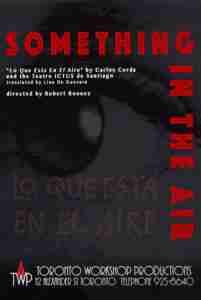 Something in the Air
Toronto Workshop Productions

The kidnapping depicted in the play, Something’s in the Air is fictional. But the circumstances closely resemble an episode in March 1985 when armed men in civilian dress abducted three members of Chile’s Communist Party in broad daylight. Two days after the abductions, which occurred in two separate incidents, the victims were found dead on a road near the Santiago airport, their throats slashed.

The killings, and the brazenness and brutality with which they were carried out, shocked many Chileans. They were followed by a wave of kidnapping and torture cases, some directed against members of the Roman Catholic Church.  The deaths, thought to be the work of the police force known as the Carabineros, shook the military Government of President Augusto Pinochet and led to rumors that the President, who called the killings a brutal crime, had lost control of his own armed forces.

Something in the Air 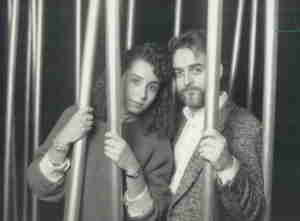 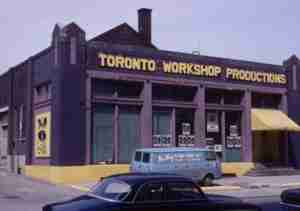 Please note that the art is representative based on memory of the original poster, which unfortunately has been lost in time.
If you have better artwork for this production please contact me.

Toronto Workshop Productions (TWP),  in Toronto, Ontario, was founded by George Luscombe in 1959. The professional company was the result of the amalgamation of ‘Basya Hunter’s Arts Club Theatre’ and Luscombe’s own ‘Workshop Productions’.  The theatre built in 1967 was a 300-seat auditorium from a converted tram-shed off Yonge Street.

Toronto Workshop Productions has been languishing for years, and haemorrhaging money.  An emergency meeting with the Ontario Arts Council had dramatically underlined the importance of revitalizing the artistic direction of Toronto Workshop Productions. In March 1986 the company had worked out an arrangement whereby Robert Rooney would take over as artistic director in July, at which time George Luscombe would become the theatre’s artistic director emeritus at a slightly reduced salary. The plan called for the two men to share administrative duties, with Rooney would take responsibility for the choice of repertoire and the formulation of artistic policy and Luscombe concentrating on teaching and directing the occasional production.  However, immediately prior to this production of  Something in the Air, George Luscombe was removed by the board, and Robert Rooney took over as Artistic Director.

The theatre space is now the home of Buddies in Bad Times.

The company’s archives are at the L.W. Conolly Theatre Archives of the University of Guelph, Ontario.