ShowCall (BBS) the birth of Broadway on the internet 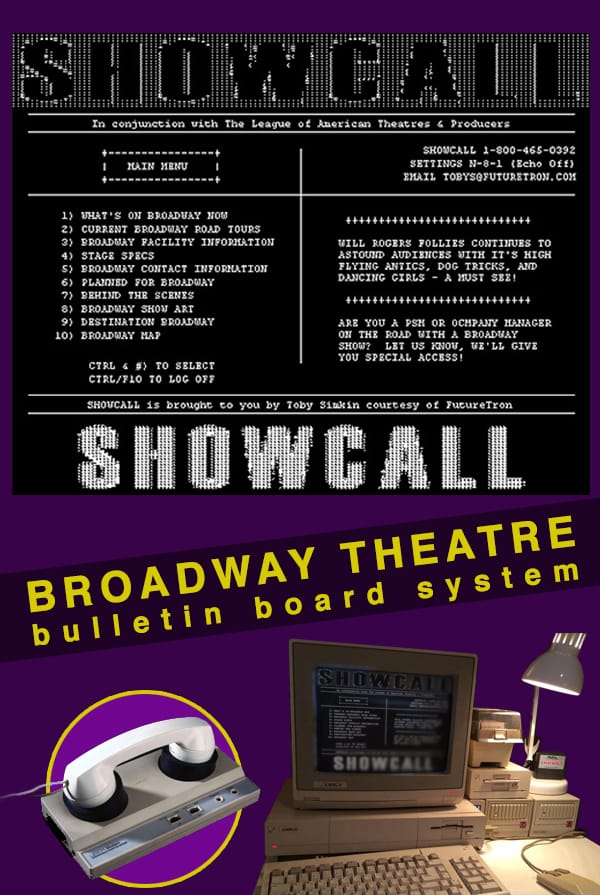 The birth of Broadway on the internet.

Before the world wide web was even imagined, the first Broadway (or even theatrical) internet based service launched the night of the Tony Awards in 1989 on June 4 as a dial-up bulletin board system (BBS) called ShowCall.

Separate from my theatrical producing, stage management and production management… I was convinced emerging technology could play a role in supporting the arts. 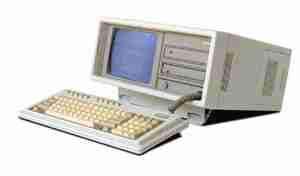 Since about 1987, I was one of the first in the industry to use a computer in rehearsal and pre-production, with the script typed into Wordperfect 4, I would make revisions, prompt script notations, rehearsal schedules, contact lists, memos, notices, wardrobe fitting details, signage etc on my “Compaq Portable II” (the size of a luggable suitcase, about 30lbs with 9″ screen and 5.25-inch disk drive running MSDOS 3) and print out on a dot matrix printer directly in the rehearsal room.  This gave company members massive benefits, and sped the distribution of changes dramatically.  But that was not enough for me.

Conceived and managed by me, working closely with the League of American Theatres & Producers (now the Broadway League), thanks to the support of visionaries Susan Lee (at the time Director of Marketing of the League) introduced to me via Janine Fawcett (at the time head of PR at Toronto’s O’Keefe Centre) and with Price Berkley, the owner/creator of the Theatrical Index newsletter (at the time the best source for Broadway information) in conjunction with Canadian technology provider FutureTron who donated a bank of modems with access to North American 1-800 numbers (in exchange for show tickets) to allow no cost dial-up to theatre industry members. 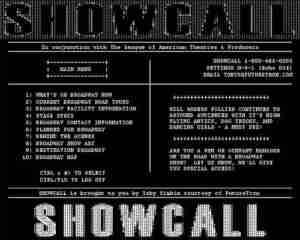 It essentially allowed producers, stage, company and general managers to access daily information on road tour schedules, facility information (including Stage Specs), listings of Broadway personnel/contacts, plus a tiny bit of industry news. It wasn’t that long ago.  During the 1980s and early 1990s, one of the most common ways that we connected “online” was to use a dial-up BBS. A modem on your computer would dial over an old-style analogue phone line (aka “a land line”), to connect to another computer, often through an acoustic coupler.

The idea of having only a handful of people (or even just 1 person) able to connect to my ShowCall server at a time is somewhat preposterous nowadays. Yet that’s the way it was back then. Speeds were limited on a per-connection basis typically to a 2,400-bit/s modem (about 1 minute to download a page of text with no images) or for the wealthy, 4,800 bit/s, about double that speed.

ShowCall evolved into the WorldWide Entertainment Network (WEN) in late 1992 to officially launch in April 1993 with the advent of the world wide web, shortly after the release of the first web browser, Mosaic, under “Fleethouse.com/ShowCall” and “Fleethouse.com/WEN” URL’s. It showcased currently running shows in NY and major tours, news clips and had theatre information for industry touring staff an early version of what would become ‘Stage Specs‘.

I pioneered that evolution also, as I migrated the Broadway (and associated global theatrical industry) to the web in 1993. 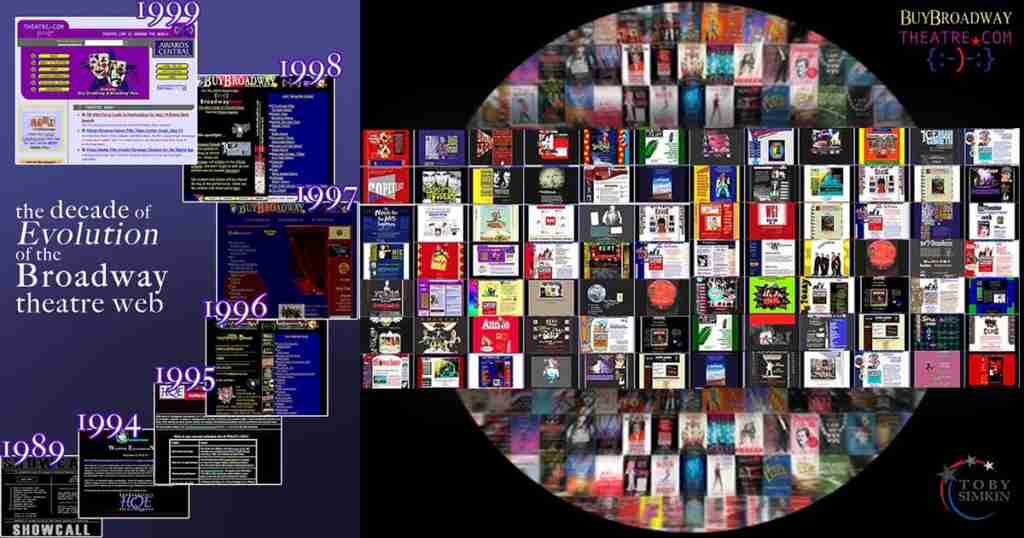