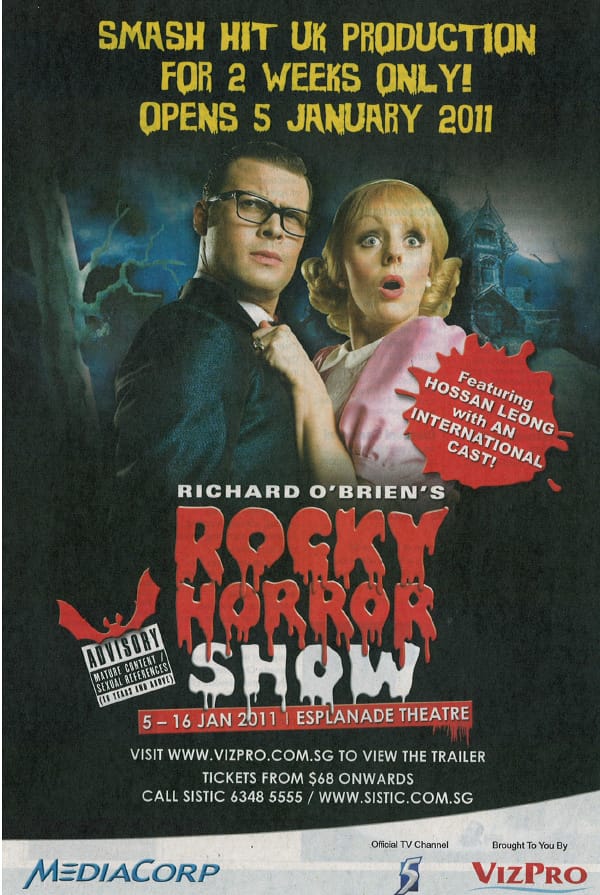 As VP of Asia Pacific for TML and Executive Producer for Richard O’Brien’s ROCKY HORROR SHOW opened at The Esplanade Theatre, Singapore on January 5, 2011 and closed on January 16, 2011 — the first time to have the full live show in Singapore (previously banned due to morals laws).

Prior to Singapore, the show was developed in South Korea, and continued onto New Zealand.

“a funny happy thing happened on the way to Dorothy’s” (fabulously famous local bar, formerly Backstage) one night, at the Esplanade Theatre car park entrance, I literally bumped into Lee Kuan Yew (he was the founding father of Singapore and after decades, was still the Prime Minister) who was walking to his car — very brief and polite conversation, during which he asked what I was doing in Singapore, I explained “Rocky Horror Show” (now in his late ‘80s, he clearly did not know anything about it, despite his administration banning it) — I went on, much to the nervous chagrin of his 2 security people to invite him to be a guest narrator… he said ‘sounds interesting’, I politely gave him my business card, then continued onto my watering hole, he continued on back into his world — never heard from him again. 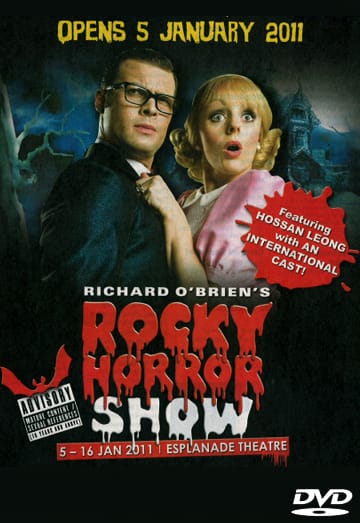