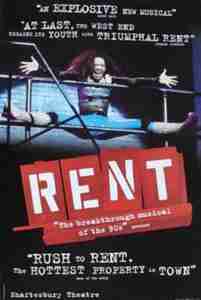 RENT with book, music and lyrics by Jonathan Larson, original West End production previewed April 21st 1998, opened on May 12th 1998 and closed on October 30th 1999 at the Shaftesbury Theatre in London largely utilizing the same team as its Broadway production.

The show won rave reviews and scooped three Olivier Award nominations, and proved to be the Shaftesbury Theatre’s biggest hit, grossing £262,000 for the theatre in just one week. 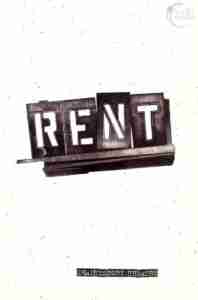 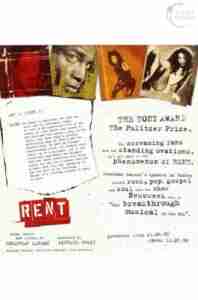 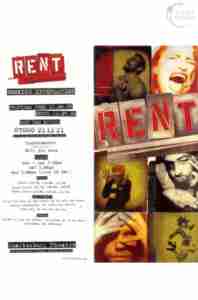 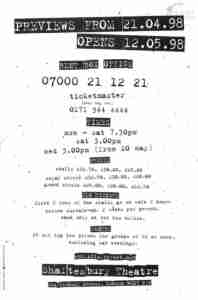 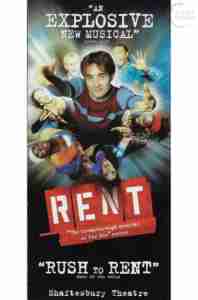 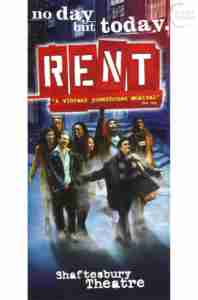 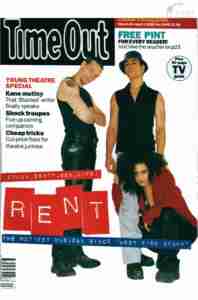 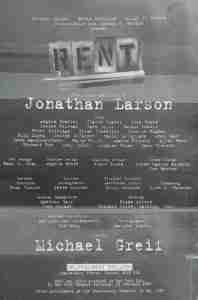 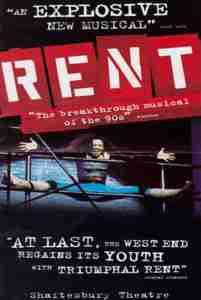 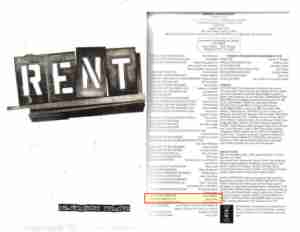 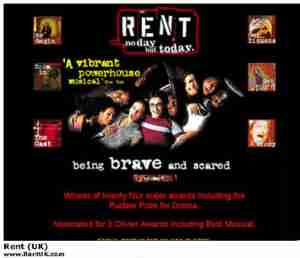 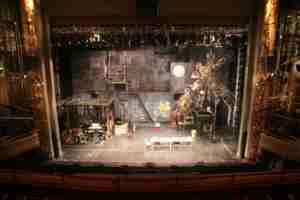 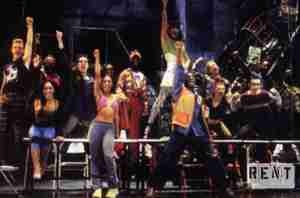 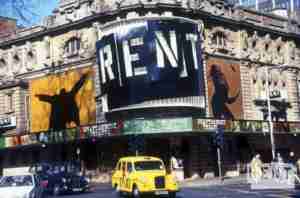 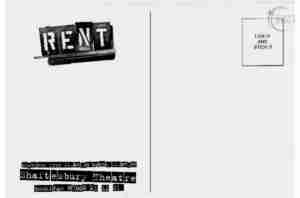 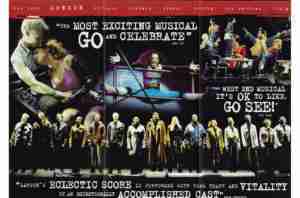 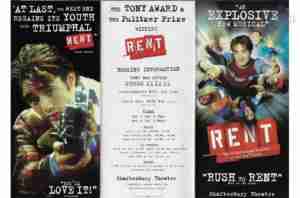 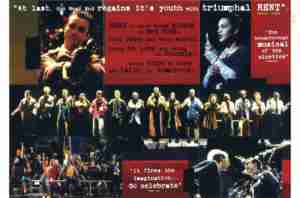 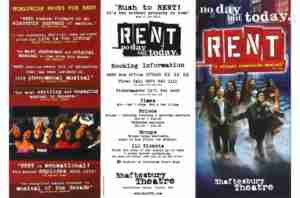 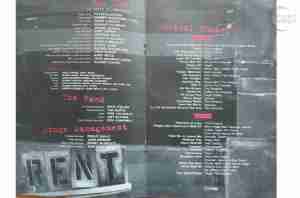 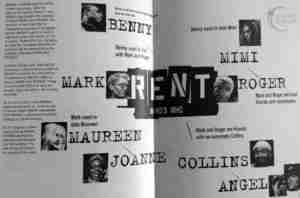 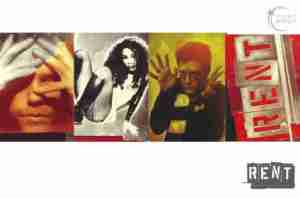 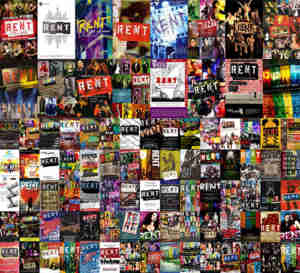 “the musical will haunt me beautifully”.
NICHOLAS DE JONGH of THE EVENING STANDARD

“If you go determined to succumb to the cast and their all American heart, you’ll love it.”
DAVID BENEDICT of THE INDEPENDENT

RENT is inspired by Puccini’s “La Boheme” and concerns a group of young people who live in today’s New York. Benny, a former roommate of Mark and Roger has bought the building that they live in, including the building next door which is being used as a squat by a group of homeless people. Benny, with the help of his rich father-in-law intends turning the building into a cyber-arts studio, but first they have to evict Mark and Roger and the homeless people. However, the threatened tenants plan a protest to take place midnight Christmas Eve, which results in a riot.

my other RENT productions 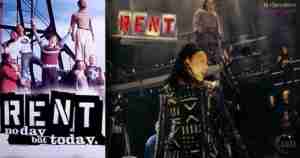 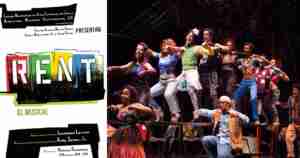 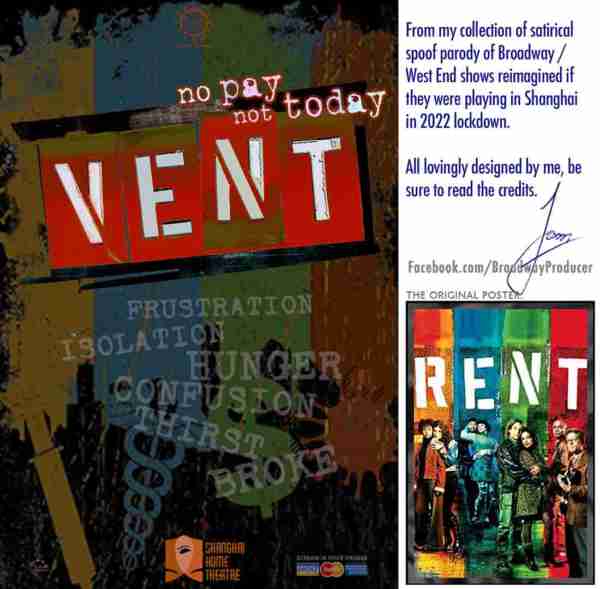 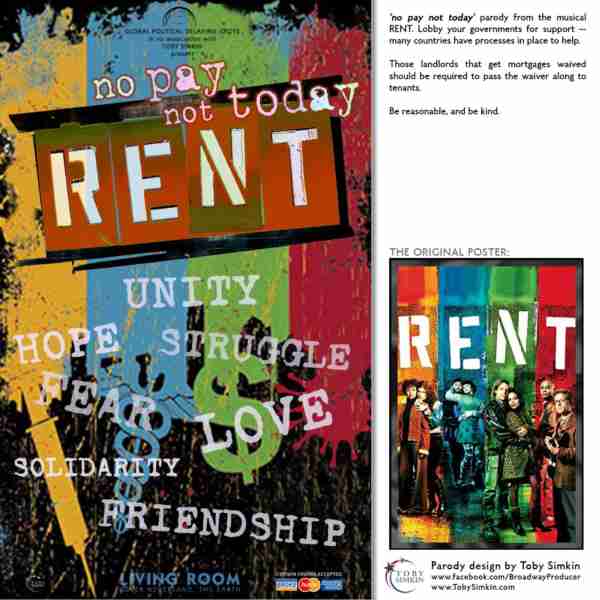