Putting It Together (Broadway Film) 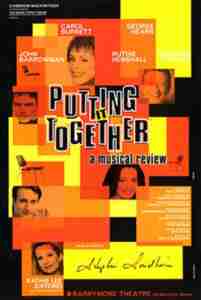 Putting It Together (Broadway Film)

As Executive Vice President (and shareholder) for the Broadway Television Network (BTN), the production and presentation initially by Live Pay Per View (PPV), and later by DVD and other streaming formats of the Broadway production of PUTTING IT TOGETHER: Direct from Broadway.

PUTTING IT TOGETHER “A Musical Review” with music and lyrics by Stephen Sondheim opened on Broadway at the Ethel Barrymore Theatre on November 21, 1999 and closed February 20, 2000 after 101 performances.  Putting It Together was recorded on Broadway on February 19 and 20, 2000.

As Executive Vice President (and shareholder) of short-lived Broadway Television Network, established in 2000 as a Pay-Per-View network dedicated to presenting shows presented under the banner, “Live from Broadway, One Night Only“.  Clash of vision (and personality): they wanted PPV special events, I wanted to stream through membership and sell downloads ongoing.  I lost the battle, and left a few months later.  History proved me right. 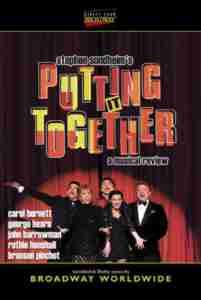 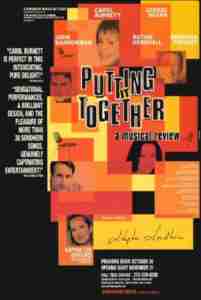 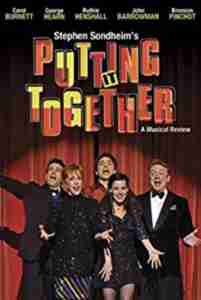