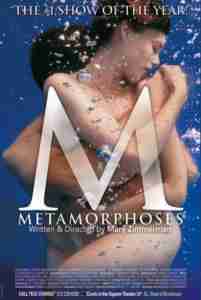 METAMORPHOSES by Mary Zimmerman; Based on the myths of Ovid; Based on a translation by David Slavitt opened on Broadway at the Circle in the Square Theatre on Mar 04, 2002 and closed on Feb 16, 2003 after 13 previews and 400 performances.

Replacement Cast: Christopher Donahue (Midas and others), Tara Falk (Alycon and others).

Replacement Understudy: Peter Russo (Hermes and others, Phaeton and others). 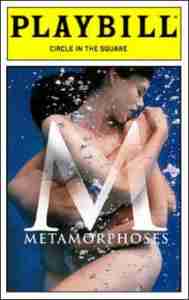 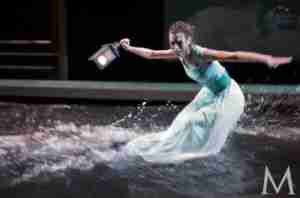 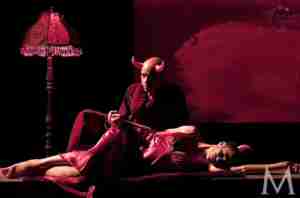 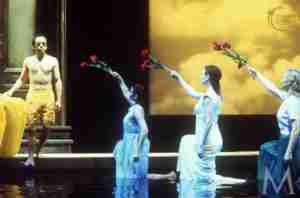 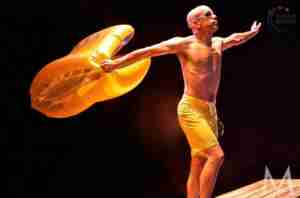 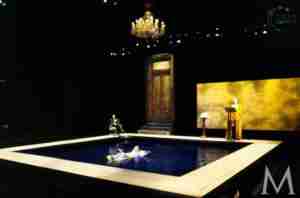 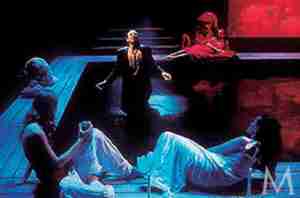 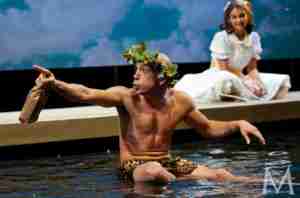 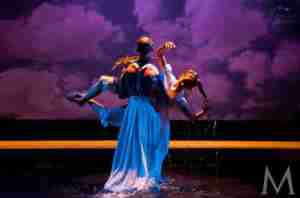 Metamorphoses stages the great transformation myths of Ovid with additional material compiled by Zimmerman from other sources, including the poet Rainer Maria Rilke. King Midas, Orpheus and Eurydice, and Cupid and Psyche all make appearances during the evening, wherein they change physically, emotionally and mentally. The play’s most notable set piece was its 27-foot wide rectangular pool which the actors played around — and in.

Metamorphoses transferred to The Great White Way on Feb. 21, after a successful run at Off-Broadway’s Second Stage. It has won the Drama Desk, Drama League and Lucille Lortel prizes for Best Play and earned a Tony Award for Best Direction for director Zimmerman and returned its entire investment of $1.7 million in May 2002