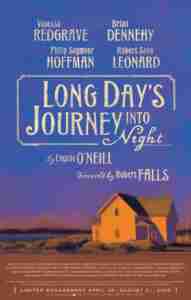 Vanessa Redgrave takes a true star turn as the morphine-addled matriarch who watches her family dissolve through bleary eyes. The weak coughing fits of her youngest (Robert Sean Leonard) and the strutting and fretting of her husband (Brian Dennehy) and eldest son (Philip Seymour Hoffman) are heart-rendingly painted.

Long Day’s Journey into Night covers a fateful, heart-rending day from around 8:30 am to midnight, in August 1912 at the seaside Connecticut home of the Tyrone family – the semi-autobiographical representations of O’Neill himself, his older brother, and their parents at their home, Monte Cristo Cottage. The miserly actor father, the grasping mother addicted to morphine, the alcoholic older son and the tubercular younger son — come to grips with their twisted love for one another in Eugene O’Neill’s Pulitzer Prize and Tony Award-winning play.

AP  ★★★★★ “Long Day’s Journey Into Night” is a marathon, lasting a bit over four hours. But it’s one family battle you are unlikely to forget.

New York Daily News  ★★★★★ This is a great production of one of the world’s great plays.

New York Post  ★★★★★ I have seen every major American, British and even Swedish cast, but this one – Vanessa Redgrave, Brian Dennehy, Philip Seymour Hoffman, Robert Sean Leonard and… Fiana Toibin – is the all-around finest.

New York Times  ★★★★★ Even given these lapses, however, this remains the most lucid and unsettling account of “Journey” that I have ever seen. Ultimately Ms. Redgrave’s Mary does not run away with the show, which would terminally upset its balance. Instead, she radiates a searching, flickering light that reveals not only the battling selves beneath her skin but those of the others as well.

Newark Star-Ledger  ★★★★★ Clocking in at four hours (with two intermissions), “Long Day’s Journey Into Night” is a drama that demands commitment and concentration from audiences as much as its actors. Because the artists here are so magnificent, bringing the Tyrones to life with great power, the time passes faster than might be expected — yet the memory of such performances will linger for years.

Newsday  ★★★★★ O’Neill’s emotional rhythm comes in waves and mood swings of lumbering honesty. There is outburst and apology, suspicion and shame, indictment and defense, confession and coverup, sentiment and cynicism, litanies of accusation and self-recrimination… The tension is unrelenting as everyone sinks deeper into his or her own particular opiate.

The Journal News  ★★★★★ But there is an unquestionable, stately beauty in this play of endless pain. Especially when it is so grandly acted by a cast of a caliber we won’t soon see again.

USA Today  ★★★★ But if you find yourself wanting to look away occasionally, it won’t be to check your watch. Falls’ mercilessly naturalistic interpretation enables us to see the Tyrones, that mother of all dysfunctional modern families, unravel in what seems like real time. And it’s seldom a pretty sight. 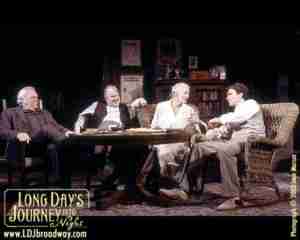 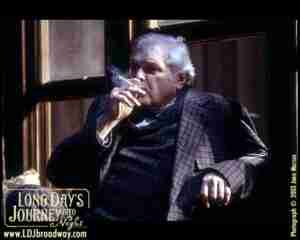 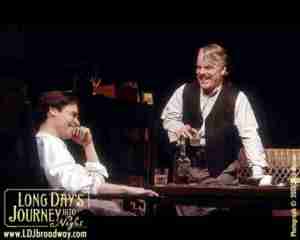 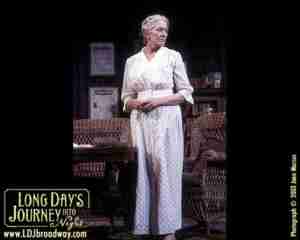 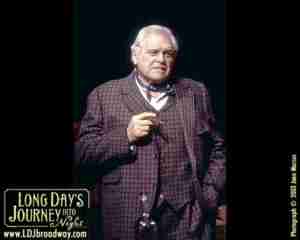 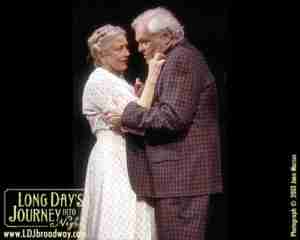 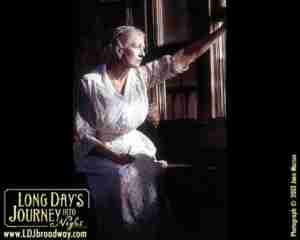 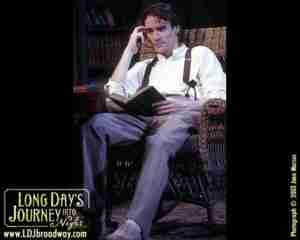 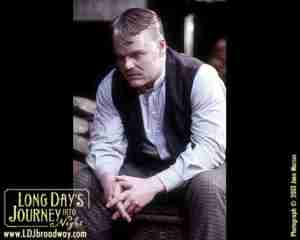 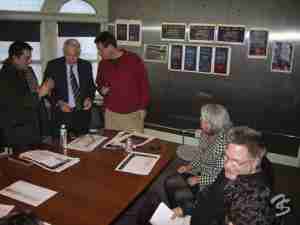 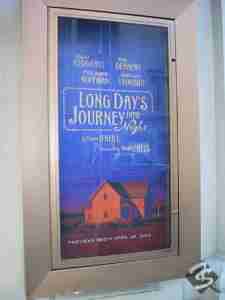 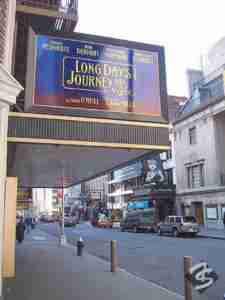 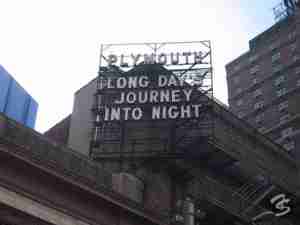 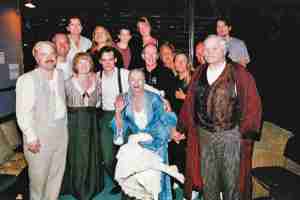 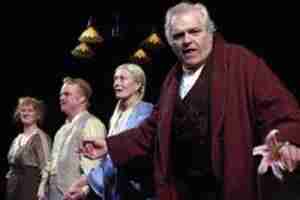 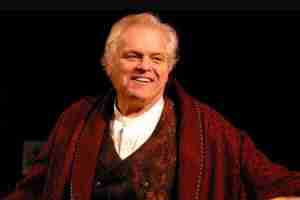 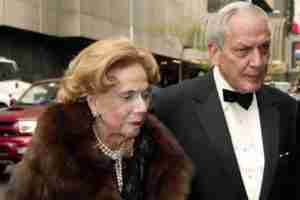 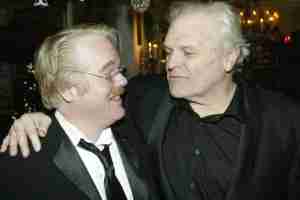 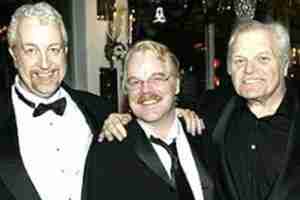 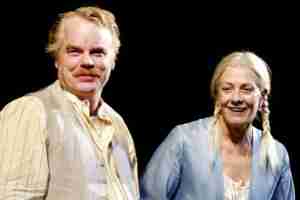 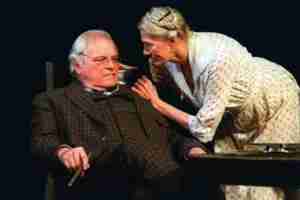 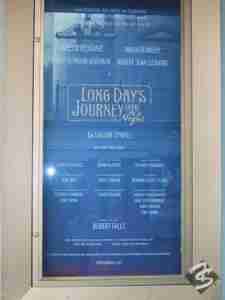 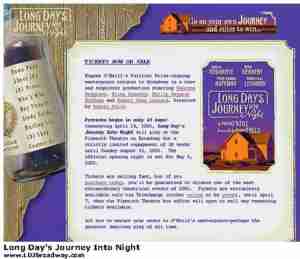 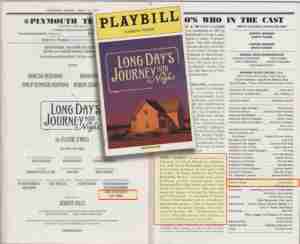 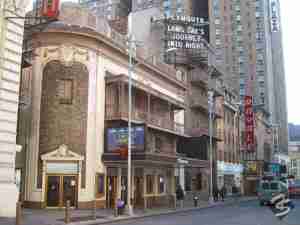 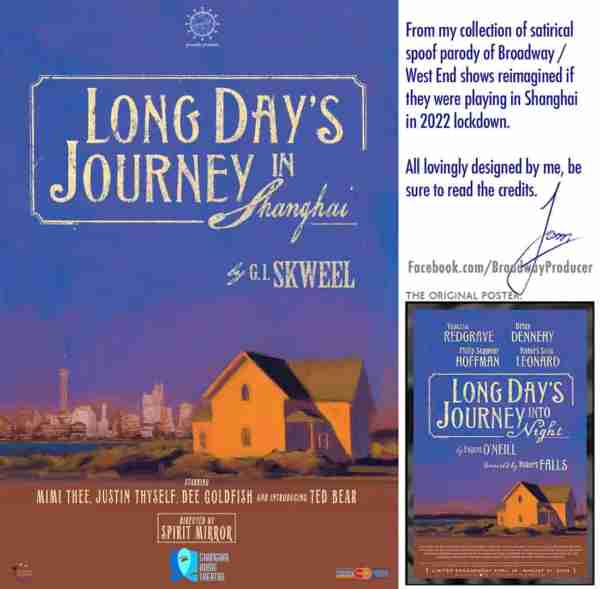 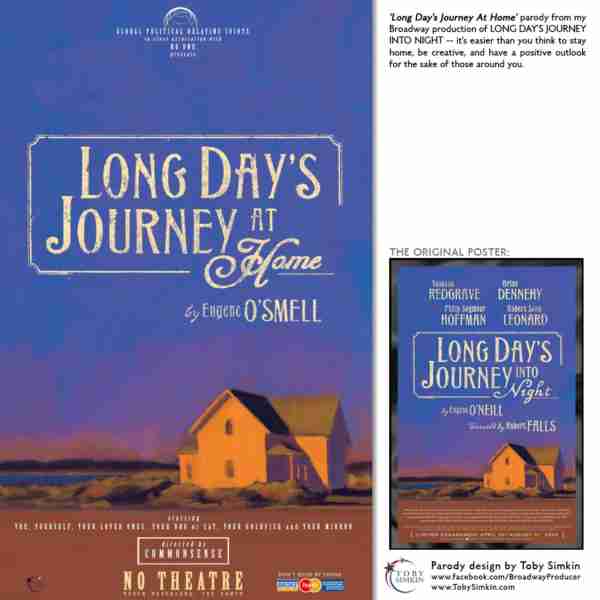