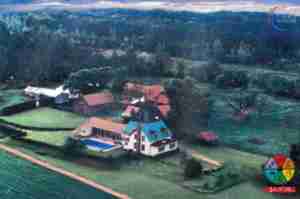 Wanting to do something very special for DJ’s 35th birthday I decided it would be fun to host a party to unite his adopted and birth families, amidst a TV show, with a renovation of a barn.

Early in 2003 I was living on the Quebec / New York border on a near 100 acre farm that we had purchased called “LollyGag” (Australian for ‘do nothing‘) and I used to commute south to New York City in my jeep. On the weekends we would pop up north to Montreal and visit friends.

During one of the trips, I had learned on the radio about a TV producer in Montreal named Hans Rosenstein who was looking for ideas for a BBC TV series about home renovation surprises — generally to redo a bathroom or bedroom.  I searched for his contact info when I got back to LollyGag. 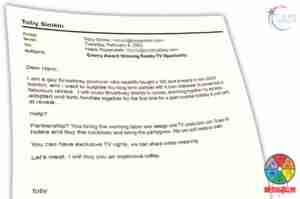 I am a gay Broadway producer who recently bought a 100 acre property on the US/CA border, and I want to surprise my long term partner with a barn makeover to convert into a fabulous retreat. I will invite Broadway talents to cameo, and bring together my partners adopted and birth families together for the first time for a giant surprise birthday & pool party at reveal… Help? Partnership? You bring the working labor and design and TV production unit. I’ll pay for hotels and buy the cocktails and bring the partygoers. We can split material costs. You can have exclusive TV rights, we can share online streaming. Let’s meet, I will buy you an expensive coffee. Toby

I sent Rosenstein’s production company, Whalley Abbey Media an email describing our situation and suggesting it may be fun to create a bigger TV show using LollyGag and renovating one of the barns on my property.  I was thinking that this could be a fun way to give DJ a surprise birthday gift.  I suggested to Hans that the TV show could be very theatrical in its nature and could be a lot of fun.

I was pleasantly surprised to get a phone call from him the next day to explore the possibility.

After a bunch of emails and photos back and forth, celebrity design guru Debbie Travis and Han’s team from Whalley Abbey Media came down to visit me secretly at LollyGag to look at the opportunities.

We had a great initial visit while DJ was away in Toronto. During that meeting we set up the basic structure of the deal terms whereby I would commit dollars to support the birthday party and the production team while they were down at the farm.  Further, all would ensure complete secrecy and I would get DJ out of the region entirely for at least the 7 days required to do the TV production (for TV contractual purposes, it was referred to as 5 days).

This involved months of preparation, white lies, planning and culminating in surprise reunion, birthday party and renovation of one our barns.