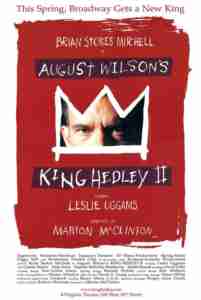 King Hedley by August Wilson at the Virginia Theatre on Broadway from May 1 – July 01, 2001 for 24 previews and 72 performances. 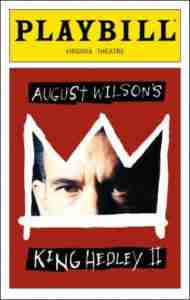