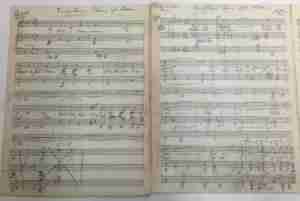 I was engaged by Jule’s widow Margaret Styne to catalog and digitize legendary pop, film and musical composer Jule Styne’s personal and professional documents, awards, compositions, diaries etc.. to ensure his legacy was not lost, then utilize some of these digital assets to create an enduring web presence.

Here, I was determining what should be sent to the Ransom Center at The University of Texas in Austin, The Smithsonian Archive, and/or making recommendations on what should be considered family legacy items.

I spent weeks inside his musty old offices with the Actors Equity building, sifting through filing cabinets and cardboard boxes stuffed with original hand notated scores, diaries (“lunch with E. to discuss G.” ) [E = Ethel Merman   G = Gypsy] etc…  Finding his original Oscar statuette in a box inside an old filing cabinet with Margaret exclaiming “I wondered where that was“.

This was an American Theatre treasure trove. 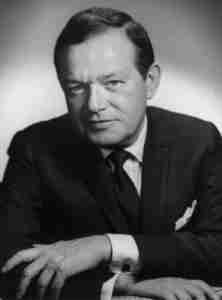 Jule (pronounced JOO-lee) Styne was a brilliant, prolific tunesmith who, over the course of a nearly 75-year long career, composed 2,000 songs, published 1,500 of them, and had somewhere around 200 of them become enormous hits or later song standards. Jule was a stocky, feisty man much loved in showbiz circles for his sputtered, incomplete sentences, his wit, adaptability and showmanship.

With the scores of such Broadway classics as Gentlemen Prefer Blondes, Peter Pan, Bells Are Ringing, Gypsy and Funny Girl to his credit, composer Jule Styne ranks as one of the undisputed architects of the American musical theatre.  Although he was born in London’s East End, Styne’s family moved to the United States in 1912.

Young Julius showed such a talent for the piano that he had performed with the Chicago, St. Louis, and Detroit Symphonies by age 10. He developed his feel for popular music working with the jazz bands of 1920s Chicago, and as vocal coach to such 1930s Hollywood stars as Shirley Temple and Alice Faye.

Teaming with lyricist Sammy Cahn in the 1940s, he created a string of Hit Parade leaders including the Oscar-winning “Three Coins In The Fountain.”

In addition to Sammy Cahn, Styne’s collaborators include Betty Comden and Adolph Green, Stephen Sondheim, Bob Merrill, Leo Robin and E.Y. Harburg, and their combined efforts have produced such showstoppers as “The Party’s Over,” “Everything’s Coming Up Roses,” “People” and “Diamonds Are A Girl’s Best Friend.”

Jule Styne was elected to the Songwriters Hall of Fame in 1972, the Theatre Hall of Fame in 1981, and became a Kennedy Center Honoree in 1990. On the occasion of his 25th anniversary in show business, the following tribute was read into the Congressional Record: “The lives of Americans throughout our land, as well as the lives of people throughout the corners of the world, have been enriched by the artistry and genius of Jule Styne.” 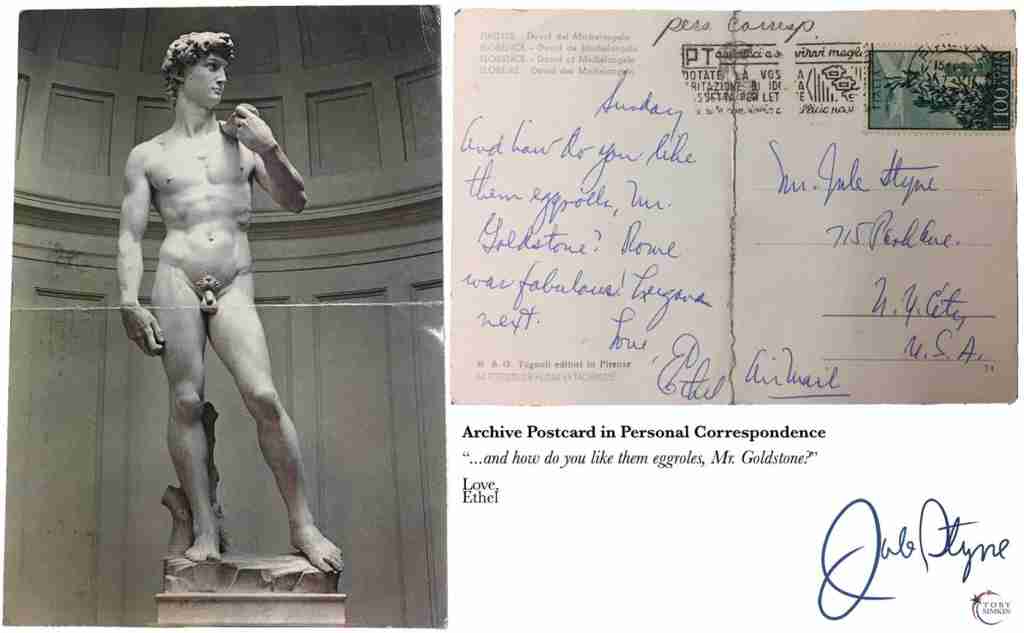 It would be difficult to conceive of the careers of Broadway’s brightest female stars – Carol Channing as Lorelei Lee in Gentlemen Prefer Blondes, Judy Holliday as the daffy telephone operator in Bells Are Ringing, Mary Martin as Peter Pan, Barbra Streisand as Fanny Brice in Funny Girl, or Ethel Merman singing “Rose’s Turn” in Gypsy – without the showstopping songs, so precisely molded to the outstanding talents of each, of Jule Styne. 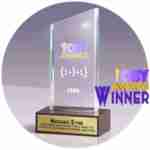 In 1999, Margaret Styne was the recipient of a Toby Award. 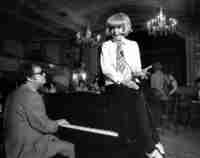 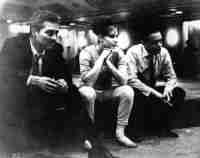 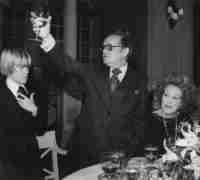 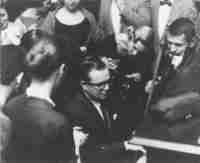 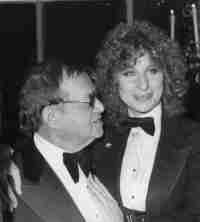 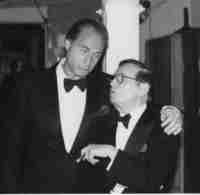 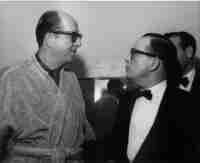 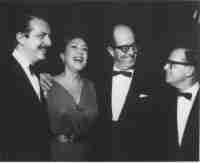 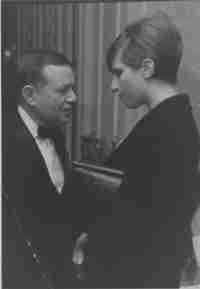 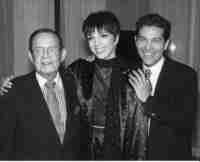 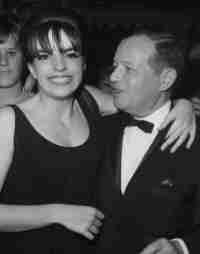 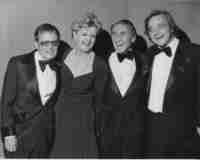 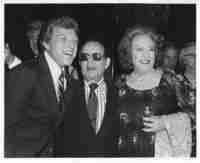 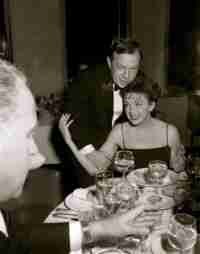 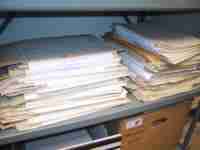 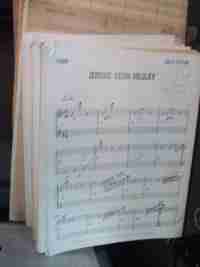 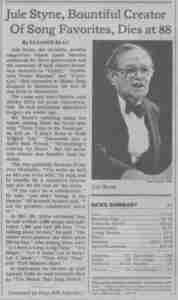 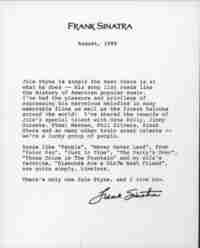 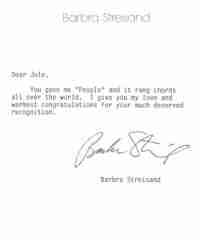 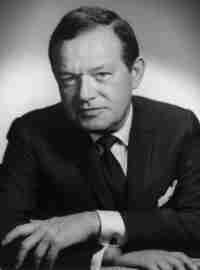 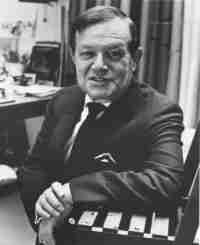 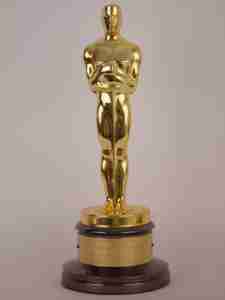 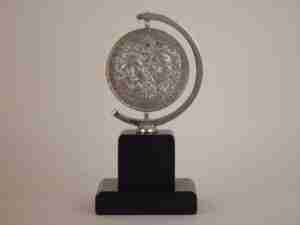 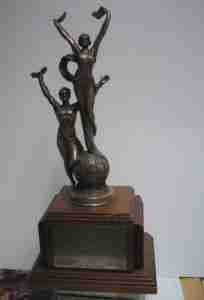 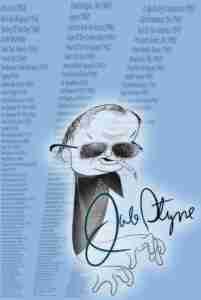 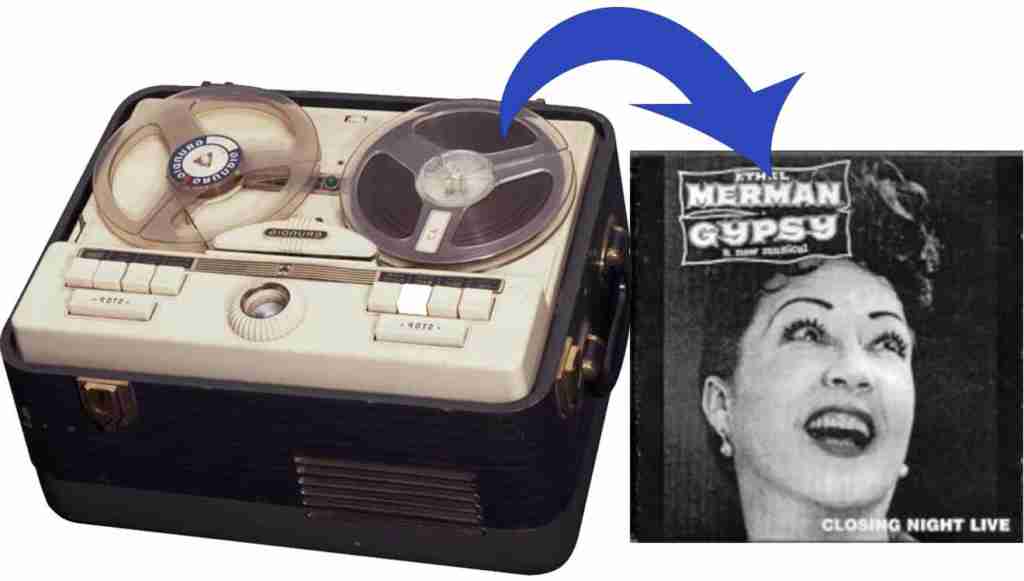 When I was sorting Jule Styne’s estate, I came across a private reel to reel recording that Jule made himself of the final night of Ethel Merman’s performance in GYPSY on March 25, 1961, according to his diary, he was sitting alone in the front row, with an empty seat next to him for his portable recording machine. I digitized it from his reel to reel to CD format, and it’s wonderful to listen to since you hear exactly what Jule heard — a slower temp than expected, but an un-mic’d Ethel Merman singing over the orchestra pit (with great orchestrations).  The quality is not great, but it’s the full show from top to bottom, I think a rare and only copy capturing the entire show.

Margaret agreed I could share this (all individual scenes and songs in 48 MP3 format files, all in ZIP file).