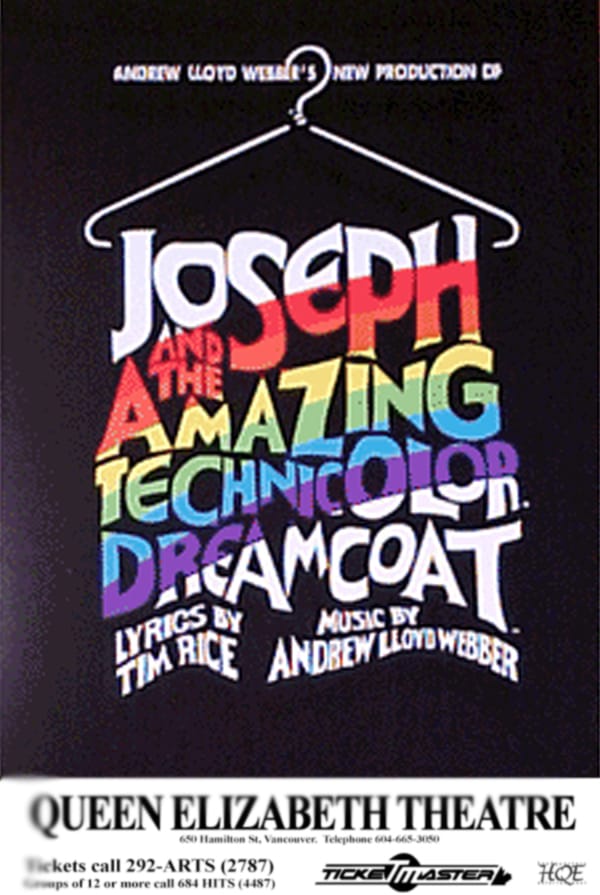 JOSEPH AND THE AMAZING TECHNICOLOR DREAMCOAT played in Vancouver at the Queen Elizabeth Theatre as part of the North American tour Produced by Really Useful Theatre Company, Andrew Lloyd Webber and The Live Entertainment Corporation of Canada.

As CEO of Headquarters Entertainment Corporation (“HQE”) in Vancouver, British Columbia, Canada.  In addition to producing and presenting shows in Canada and on Broadway, HQE also managed group sales and marketing promotion for the majority of Broadway musical theatre tours on behalf of various presenters in the mid 1990’s.

This North American tour opened in July 1992 at The Elgin Theatre, Toronto, starring Donny Osmond. The former teen idol played the lead in more than 2,000 performances across North America in the 90s, then later appears in the film version (at the request of Lloyd Webber himself). In February 1993, the tour revival opens at the Pantages Theatre in Los Angeles. After 18 weeks, the production moves to San Francisco before arriving on Broadway, where it plays for 231 performances at the Minskoff Theatre from November 1993 to May 1994. 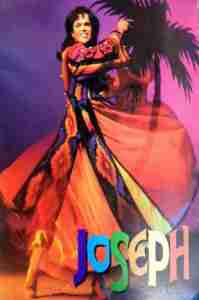 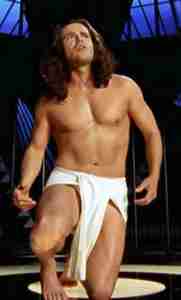 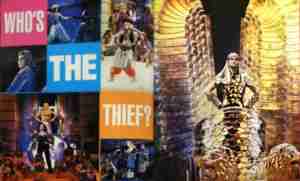 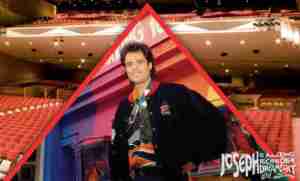 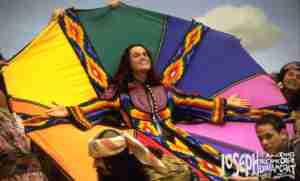 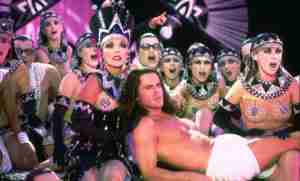 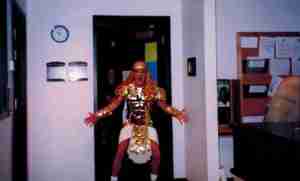 “Dreamcoat Special” broadcast in 1995 regarding our production of JOSEPH AND THE AMAZING TECHNICOLOR DREAMCOAT STARRING Donny Osmond and Janet Metz, which premiered in 1992 in Toronto, toured North America (twice) and played on Broadway.

Joseph and the Amazing Technicolor Dreamcoat; Joseph And His Brothers, To Music

The most interesting fable at work in the flashy revival of “Joseph and the Amazing Technicolor Dreamcoat,” the first collaboration by Tim Rice and Andrew Lloyd Webber, isn’t the familiar biblical tale from which the musical takes its plot. It is, instead, a show-biz saga of lost innocence, the story of how a modest, tuneful little musical from the 1960’s grew and grew, through successive incarnations, into an oversized, glittering symbol of the Age of Hype.

“Joseph” began life 26 years ago, when Mr. Rice and Mr. Lloyd Webber were 19 and 23, respectively, as a 20-minute cantata for an English boys’ school choir. In short order, it was revised and expanded, turning into the sort of unpretentious, inexpensively mounted musical that relied mostly on its infectious melodies and young, enthusiastic casts. An understandable favorite of schools and stock companies, it received a fondly remembered, intimate production at the Entermedia and Royale Theaters in 1982.

Intimate is not a word that springs to mind in connection with the current version, which started off at the London Palladium in 1991 and has been racking up hefty box office grosses in its recent North American tour. The show, staged by the British director Steven Pimlott, is as slick, spectacular and depersonalized as a Las Vegas revue or an elaborate theme ride at Disney World. Correspondingly, it seems specifically aimed at children weaned on the technologically sophisticated special effects of Spielberg movies and Michael Jackson concerts.

These are some of the things you’ll see on the cavernous stage of the Minskoff Theater, courtesy of the set and costume designer, Mark Thompson: a giant white sphinx with big, roving blue eyes; a mechanical talking camel and asp; an outsized golden-winged chariot that might have been left over from the set of “Intolerance,” and a rotating succession of illuminated miniature models of the Wonders of the World, which have been expanded, in a nod to the show’s new audience, to include the Chrysler building.

There are also (presumably) real people on the stage, lots of them. There is a multi-racial chorus of 50 children who, clad in white and bright-colored sports clothes, suggest a United Colors of Benetton ad. They hum, bounce and clap their hands and are allowed, like the other cast members, to repeat some of the musical’s big numbers. (Such reprises are what stretch the 70-some-minute score into a show of more than two hours.)

In addition, there is a gymnastic corps of singers and dancers who wear a bevy of cross-cultural costumes to correspond to the many pastiche musical numbers in the show. These include a twangy, cowboyish elegy to Joseph, after his scheming brothers sell him into slavery, that shifts into a big hoedown dance sequence; a funny, if overextended, Jacques Brel-like ode to better times called “Those Canaan Days,” and a rock-and-roll recounting of Pharaoh’s dream, performed by an Elvis Presley-style Pharaoh (Robert Torti), who of course wears blue suede shoes. The style, if not the sentiment, of the 60’s is invoked in the lengthy, psychedelically lit disco number that concludes the show’s first act.

Of the performers, only the 11 actors playing Joseph’s brothers project something resembling a human personality. They make one grateful, in fact, for their exaggerated hamminess. As the Narrator, Kelli Rabke, who provides the show’s essential continuity, sings smoothly, but, dressed in a glittering bustier and tuxedo pants, she looks and behaves like a professionally charming hostess in an expensive Los Angeles restaurant.

Joseph himself is played by Michael Damian, an antiseptically handsome actor who stars on the popular television soap opera “The Young and the Restless.” (Lest one forget that, the title has been worked into a joke delivered by the Pharaoh.) Mr. Damian has a reedy, sliding, whispery voice and in his solos tends to display emotion by hunching up his shoulders and lifting his palms to the heavens. For much of the show, he wears modest variations on the loincloth, and his torso is the most commanding aspect of his stage presence.

For all of its stagecraft, this “Joseph” doesn’t really come alive until its last 10 minutes, when the entire ensemble appears on a bare stage in white dance clothes to recap, once again, the show’s big numbers. Less, here, is much more. Suddenly, Anthony Van Laast’s choreography, which had mostly recalled variety show pageantry before, takes on a new vitality and precision. And even allowing for the dismal, homogenizing effects of artificial amplification, the songs brim anew with their infectious melodiousness.

In fact, on a musical level, “Joseph” still offers a crystal-clear blueprint of Mr. Lloyd Webber’s insidiously addictive style. With its easy-to-follow, bouncy rhythms and airy melodies, the score evokes not only the pop standards Mr. Lloyd Webber is parodying, but also many of the motifs he would incorporate into his later, more ambitious works. It is music that burrows into the memory like an earwig. So be warned: Long after the visual spectacle of this production has faded from recollection, you’ll probably still be living with fragments of its score.

I returned to JOSEPH AND THE AMAZING TECHNICOLOR DREAMCOAT in my capacity as Vice President of Asia Pacific for TML Enterprises, lead producer of its Australian tour in 2022/2023: 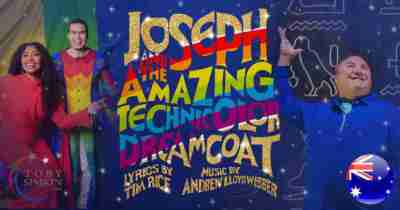