I Love You, You’re Perfect, Now Change (Off Broadway) 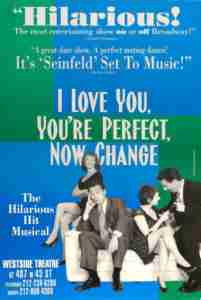 I Love You, Your Perfect, Now Change (Off Broadway)

The musical I LOVE YOU, YOU’RE PERFECT, NOW CHANGE, with book & lyrics by Joe DiPietro; composed by Jimmy Roberts premiered Off-Broadway at the Westside Theatre on August 1, 1996 and closed on July 27, 2008, after 5,003 performances 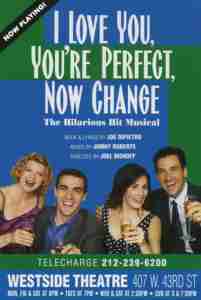 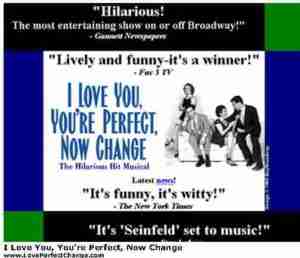 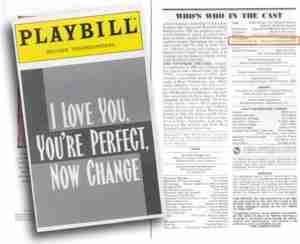 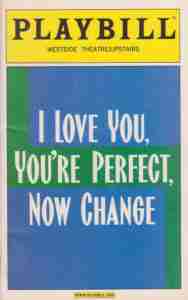 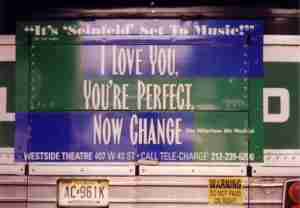 One of the first ever theatrical websites, possibly the first off-Broadway show, following my success of my Victor/Victoria, RENT, Damn Yankees, Chicago, BIG, Forum, The King & I and STOMP sites. But much more than a website back then, it involved a lot of cross-linking and cross-marketing with some other sites (pre-advertising days) along with monitoring chat rooms and in some cases, inciting conversation or interest to get people to chat about it (pre-social media days) and getting it promoted on yahoo for free (pre-google days) with ticket give-a-ways etc.