The Helpmann Awards since 2001 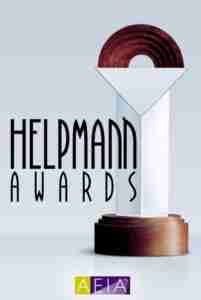 The Helpmann Awards, named in honour of Sir Robert Helpmann CBE, were established by Jan Stoneham, the visionary Chief Executive of the Australian Entertainment Industry Association (AEIA) in 2000 and first awarded on March 25, 2001 at the Lyric Theatre, Sydney to recognise, celebrate and promote our live performance industry.  Prior to this, there was no major national award down under. The Helpmann Awards are Australia’s equivalent of the Tony Awards on Broadway and the Olivier Awards in London.

In the late 1990’s, I assisted Jan’s development of The Helpmann Awards with introductory meetings in New York with the League of American Theatres & Producers, various industry leadership and the Tony Awards committees, and built the 1st website for them launching in 2000.