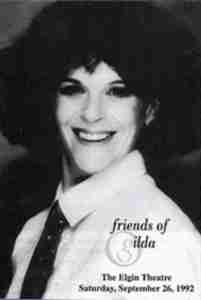 Stage Manager for a TV special and concert FRIENDS OF GILDA a tribute benefit event to Gilda Radner at the Elgin Theatre in Toronto on September 26, 1992. The benefit performance raised money for research into a cure for ovarian cancer, which tragically took the life of Gilda Radner. The Canadian Broadcasting Corporation (CBC) broadcast the event.

Friends of Gilda appeared as a 90 minute CBC Television special broadcast on 21 November 1993. The special was directed by Martin Short, who had dated Gilda Radner when they were both in Godspell.  The special included songs from Godspell, backstage footage of the production, several clips from Saturday Night Live, and 4 comedy sketches:

Born June 28, 1946 in Detroit, Michigan, drama major Gilda Radner dropped out of the University of Michigan where she studied theatre and improvisation, but did not graduate and instead moved to Toronto in 1969 (by most accounts, to follow a boyfriend), where she got her professional start in acting after being cast as Gilmer in the now-legendary 1972 production of Godspell, which began previews on May 26, opened on June 1 and with an expectation of running for just a few performances closed August 12, 1973 after 488 performances at the Royal Alexandra Theatre. Godspell directed by John-Michael Tebelak also featured future stars Victor Garber (Jesus), Jerry Salsberg (Judas), Valda Aviks (Peggy), Avril Chown (Joanne), Jayne Eastwood (Sonia), Eugene Levy (Herb), Andrea Martin (Robin), Martin Short (Jeffrey) and Rudy Webb (Lamar)

Gilda Radner joined The Second City Toronto when it opened in 1973. During her time at Second City, she was a part of notorious company during that period including Dan Aykroyd, Catherine O’Hara, Joe Flaherty, and John Candy. Here, Radner was able to hone her characters, such as “Emily Litella,” whom she brought to Saturday Night Live a couple of years later.

In 1974, she joined the National Lampoon Radio Hour with many of the same players who would go on to Saturday Night Live.

Becoming the very first cast member Lorne Michaels hired for Saturday Night Live, then called NBC’S Saturday Night, she parodied celebrities like Barbara Walters but was best known for her original characters, such as the bumbling commentator Emily Litella and the brash personal advice guru Rosanne Rosannadanna. She won an Emmy for her work on SNL in 1978.

In 1980, she left the show to begin a film career, falling in love at first sight with Gene Wilder on the set of Hanky Panky in 1982 and marrying him in 1984. She made several more films before her death from ovarian cancer in 1989. Her autobiography, It’s Always Something, was published that year.

Gilda Radner died of stage IV ovarian cancer in Los Angeles on May 20, 1989.

She posthumously won a Grammy in 1990 for “Best Spoken Word or Non-Musical Recording.”

Her legacy lives on. 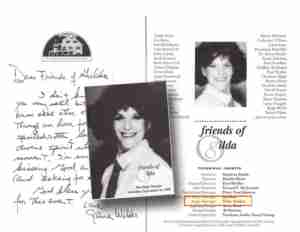 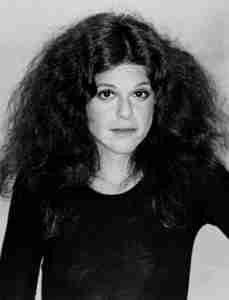 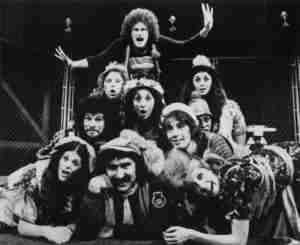 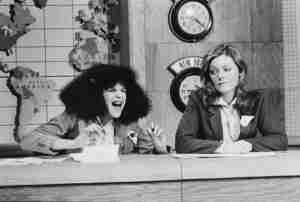 The first image of Gilda was at the final audition for GODSPELL. We were all there. They’d narrowed it down to about 80 people. I just remember this girl getting up on stage and singing “Zippity Do Dah” as her song. I remember thinking, “Oh, this poor girl. She’s so cute, but what a terrible song!” [laughs] And the entire room by the end of the song just fell in love with her, she was so adorable. We always referred to her as the “Zippity Do Dah” girl in the beginning. She was charming and sweet and loved to laugh. She went out with Martin Short for most of the run, and Marty was my roommate, so we were all hanging out. I just remember her always being up and loving to laugh.