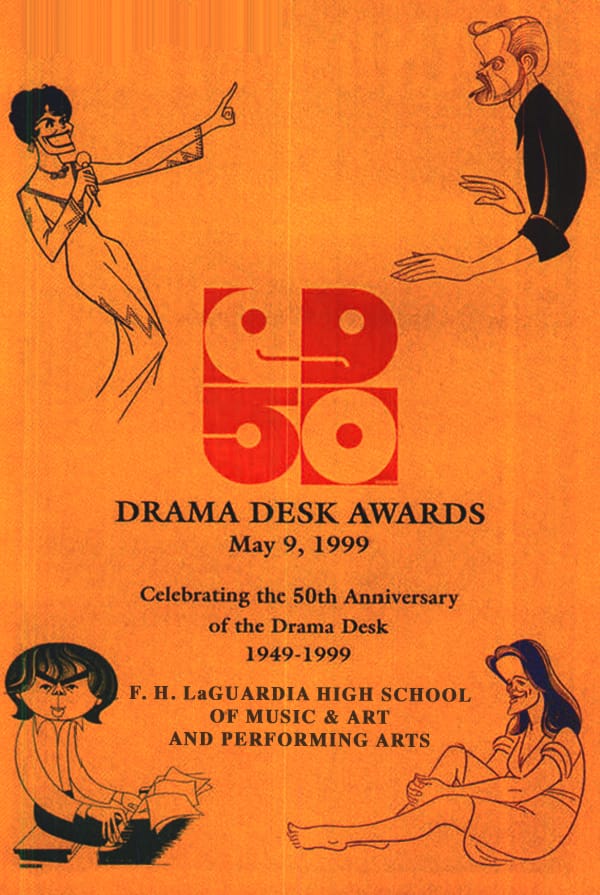 Sponsor and online marketing for the 50th Anniversary of the Drama Desk Awards at the LaGuardia High School of the Arts (the Fame School) in New York on May 9, 1999. 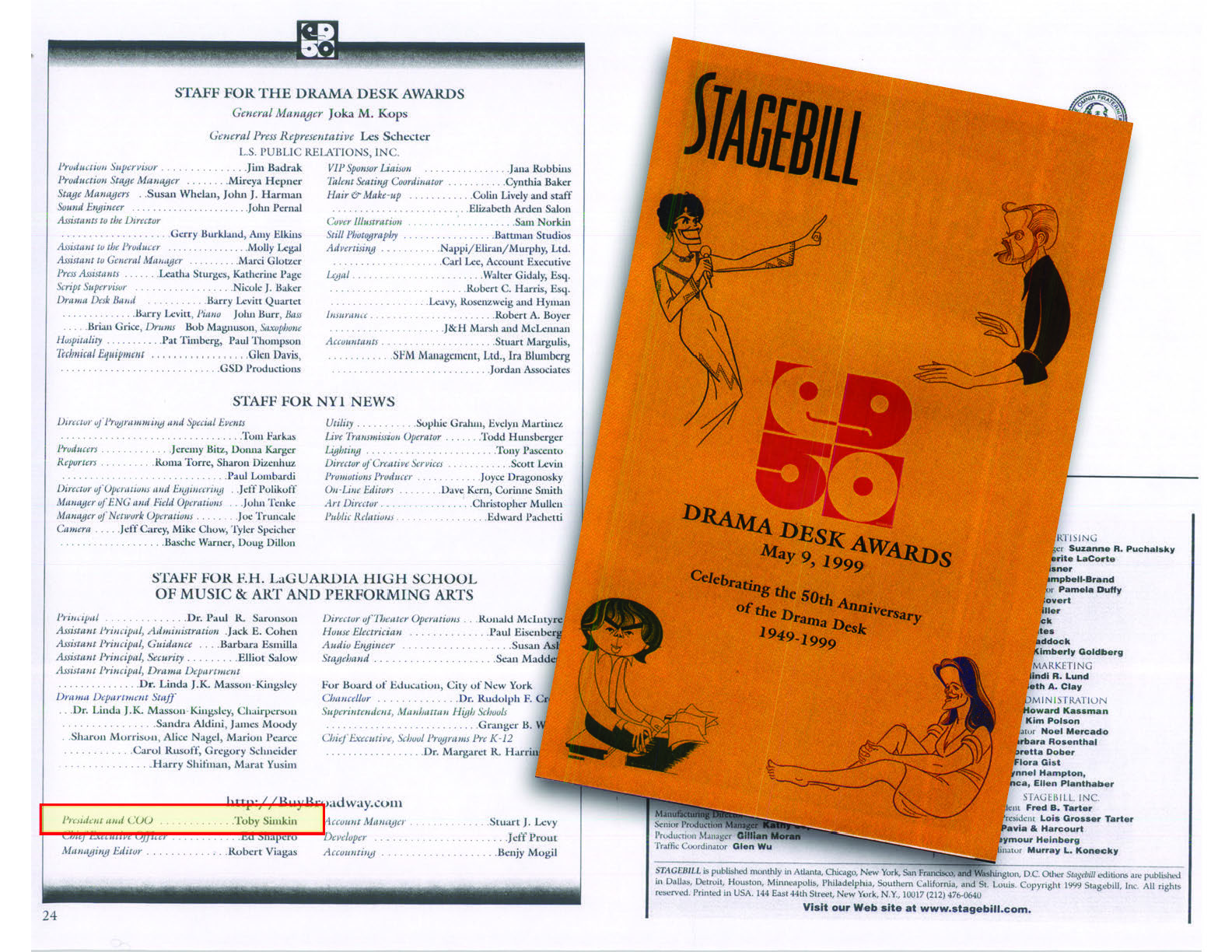