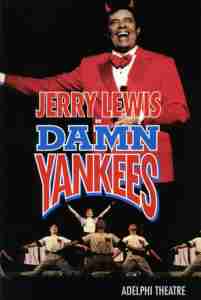 Essentially a transfer of the Broadway touring production, DAMN YANKEES with a book by George Abbott & Douglass Wallop and Music & Lyrics by Richard Adler & Jerry Ross opened in London at the Adelphi Theatre previewing from 29 May 1997, opened on 4 June 1997 and closed on 9 August 1997. Based on the novel “The Year the Yankees Lost the Pennant” by Douglass Wallop with book revisions by Jack O’Brien.

At certain performances, Susan Taylor performed the role of LOLA.

I negotiated and developed the first-ever live broadcast video streaming from a West End opening night, including post show interviews with Jerry Lewis as well as other internet marketing initiatives for the London West End production at the Adelphi Theatre. 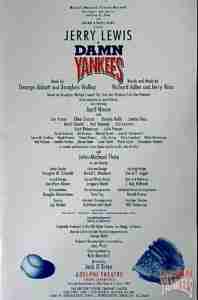 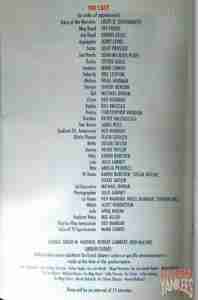 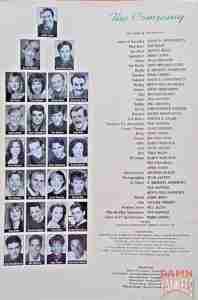 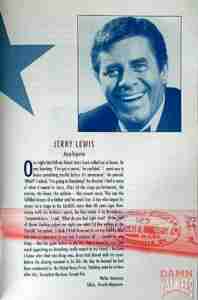 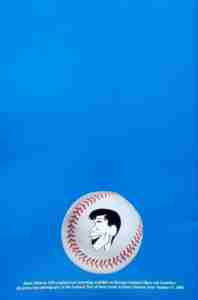 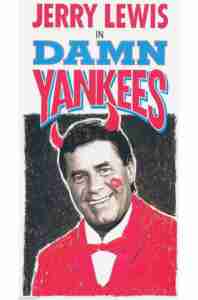 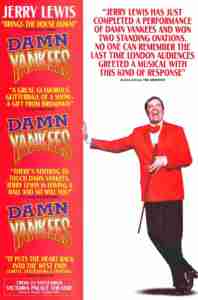 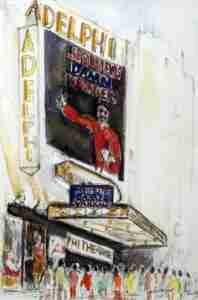 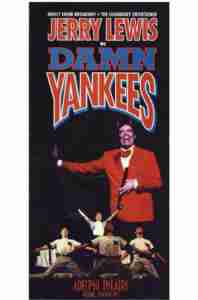 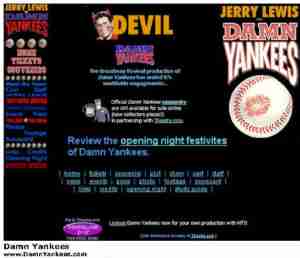 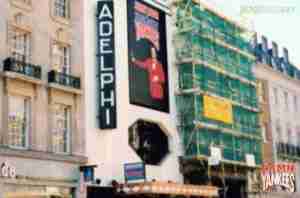 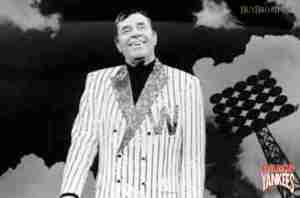 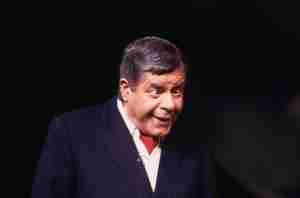 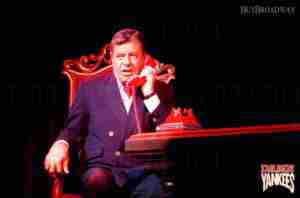 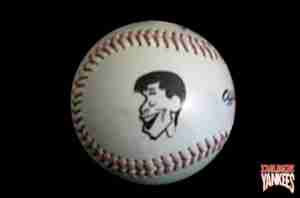 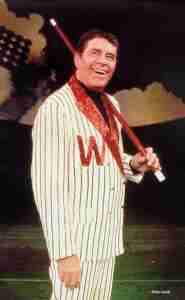 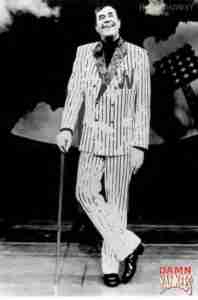 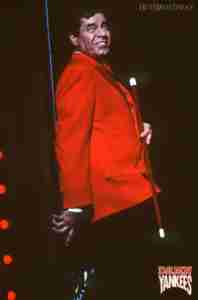 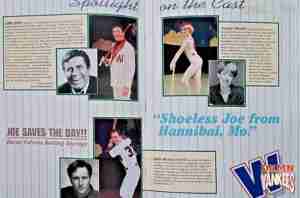 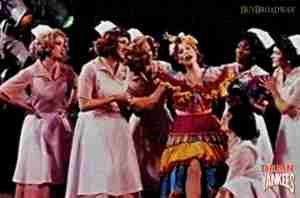 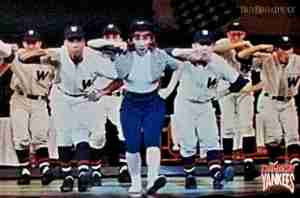 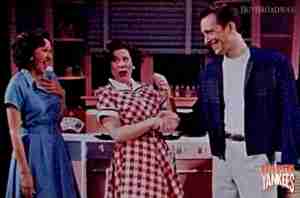 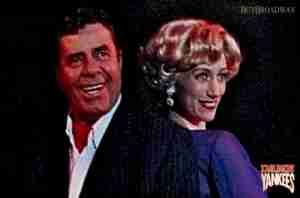 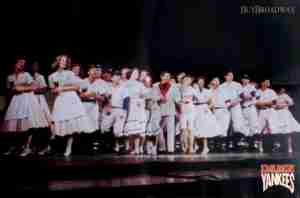 Middle aged fan Joe Boyd, of the Washington Senators baseball team is approached by the devil who tells him he can be returned to a twenty year old and be given the skills to become the best baseball player the world has ever known . This way he will be able to play for the Senators and finally beat the New York Yankees and win the pennant. However, there is a price to pay! He would have to give up his past life for good and give his soul to the devil . However, Joe refuses to sign the contract until the devil agrees to an escape clause. The clause, being that on a specific date and time he can choose to return to his former life or go with the devil . Reluctantly the devil agrees and finds he has to produce many temptations and tricks to prevent Joe choosing his former life when the deadline date arrives.

This production was due to play a limited 4 month season at the Adelphi before an expected transfer to the Savoy Theatre from October 16, 1997 or moving to the Victoria Palace for an open ended run as advertised to commence on September 25, 1997 was canceled. Damn Yankees closed at the Adelphi 5 weeks early.   A rumored Bruce Forsyth as Applegate, along with John Barrowman as Joe Hardy and Nicola Hughes as Lola had been cast for the London transfer, along with a full company who turned up to rehearsal day #1 in Clapham to find it all cancelled.  As a result, British Actors Equity censured co-producers Frank and Woji Gero, and the affected company received a tiny portion of salary owing in settlement.

For fun, here are my parodies of DAMN YANKEES from early 2020 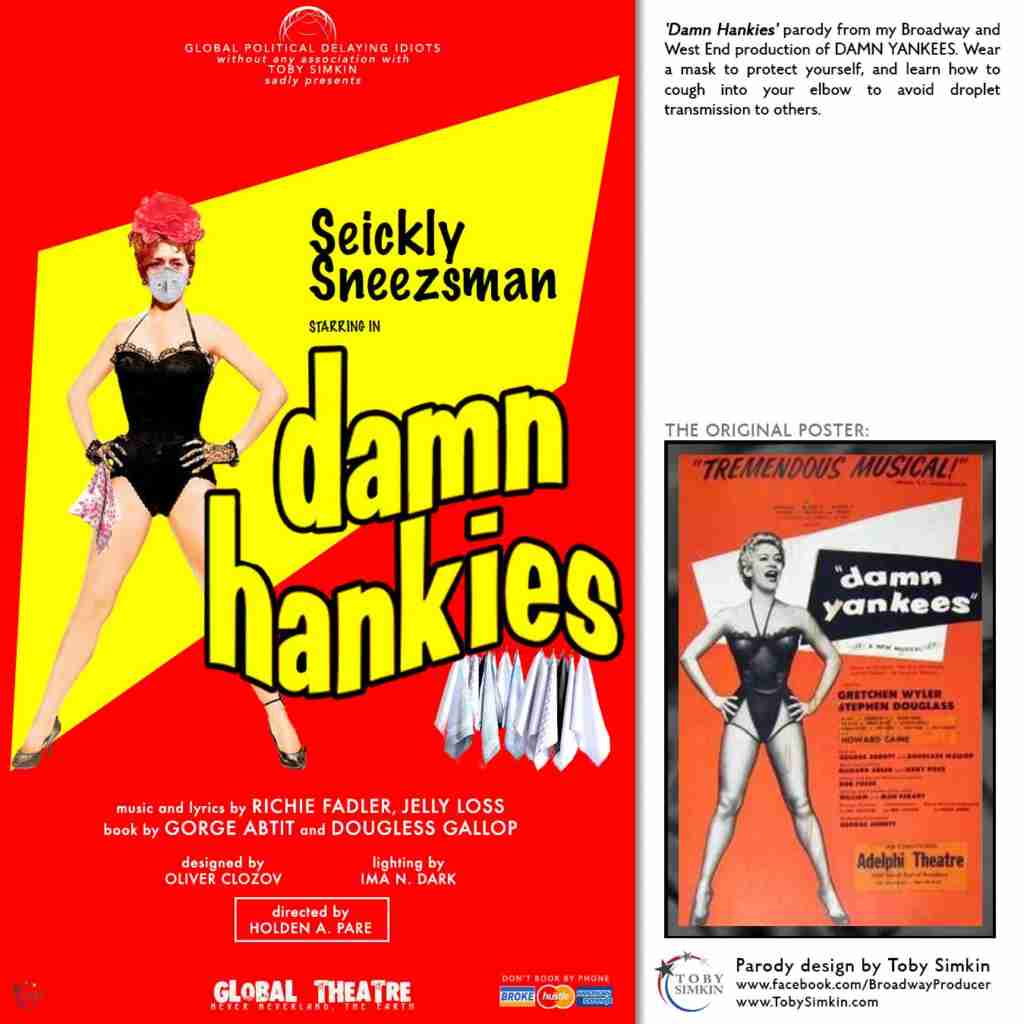 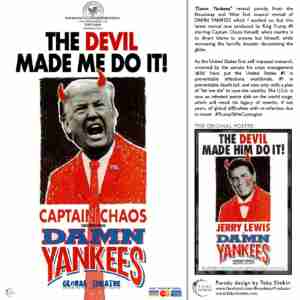