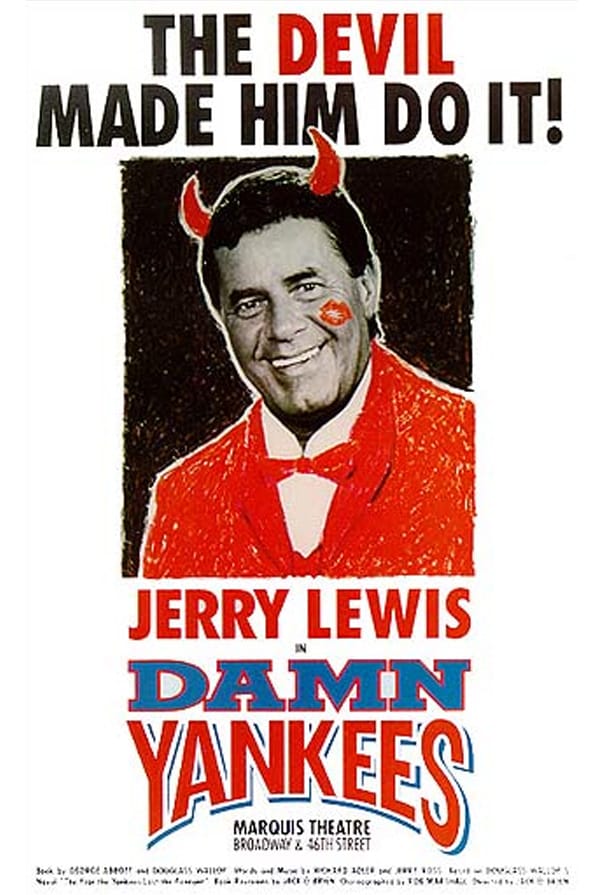 Following a national tour, Damn Yankees opened on Broadway at the Marriott Marquis Theatre on March 3, 1994 and played through August 6, 1995.  Book by George Abbott and Douglass Wallop; music & lyrics by Richard Adler and Jerry Ross; based on the novel “The Year the Yankees Lost the Pennant” by Douglass Wallop;