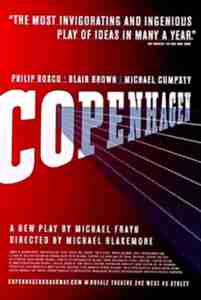 COPENHAGEN by Michael Frayn opened at the Royale Theatre on Broadway on April 11, 2000 and closed January 21, 2001 after 21 previews and 326 performances.

Copenhagen is based around an event that occurred in Copenhagen in 1941, a meeting between the physicists Niels Bohr and Werner Heisenberg. It debuted in London in 1998. Within the National Theatre in London, it ran for more than 300 performances, starring David Burke (Niels Bohr), Sara Kestelman (Margrethe Bohr), and Matthew Marsh (Werner Heisenberg).

In 2002, the play was adapted as a film by Howard Davies, produced by the BBC and presented on the Public Broadcasting Service (PBS) in the United States. 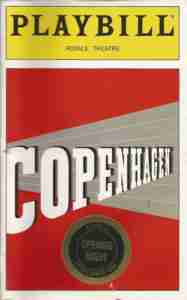 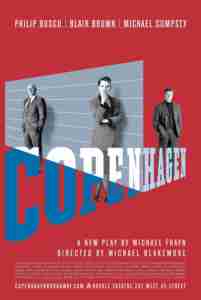 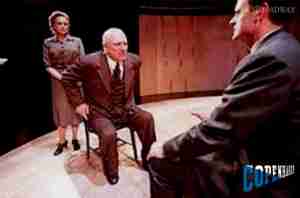 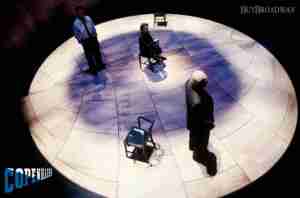 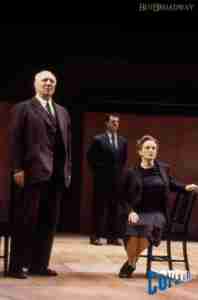 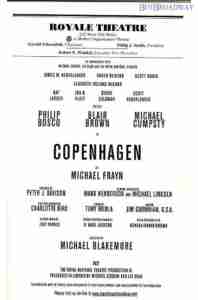 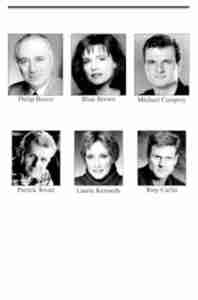 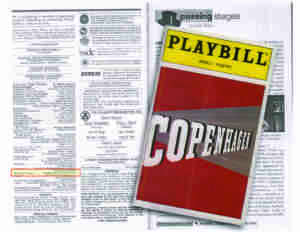 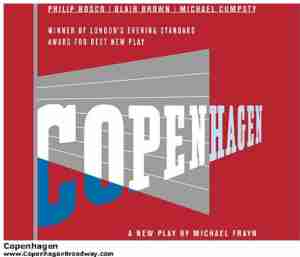 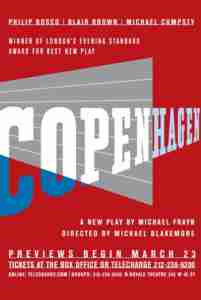