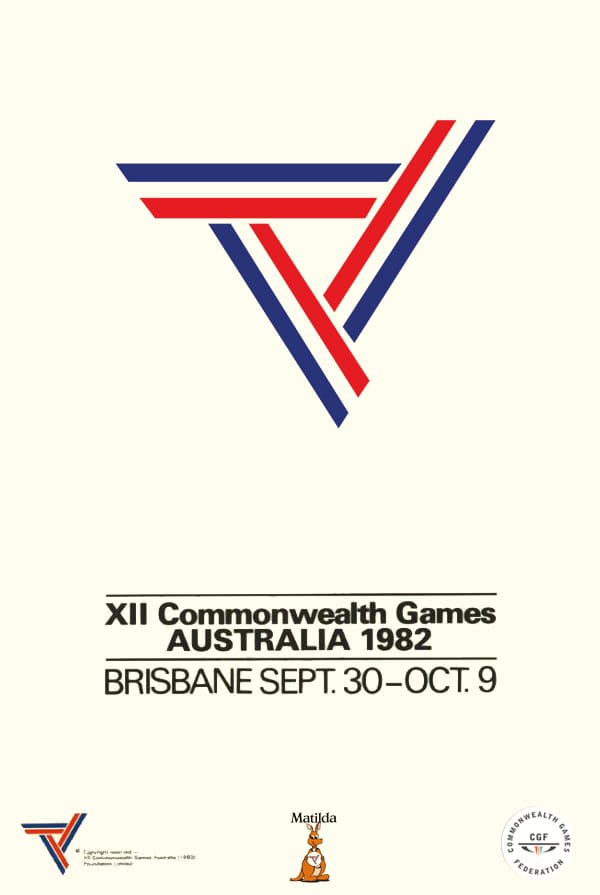 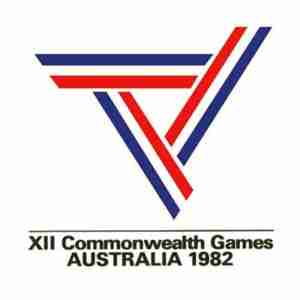 From 1979 to 1982, I was volunteer 0001 at the XII Commonwealth Games Foundation, supporting office odd-jobs and later with planning, marketing, sports and creative planning groups. My mother was Protocol and later Accreditation and Hospitality Manager (she was awarded a gold medal for her services).

46 countries participating with 1,583 athletes with 571 officials involved in 142 events the Brisbane Commonwealth Games are still hailed as one of the very best. Everything went so well from the moment Matilda, a 13-metre mechanical kangaroo, helped out with the opening ceremonies.

The Opening Ceremony of the Brisbane Commonwealth Games were held at the QEII Stadium, in the suburb of Nathan, Brisbane. On Thursday, 30 September 1982, more than 60,000 spectators, athletes and school children joined in the opening spectacle on the windy day. 6074 Brisbane school kids donned tracksuits and white sneakers to put on a very Australian display.  The QEII Stadium was also the venue which was used for the athletics and archery competitions during the Games.

Matilda the kangaroo mascot was represented by a cartoon kangaroo, and a 13-metre (42 feet 8 inches) high mechanical “winking” kangaroo, who travelled around the stadium and winked at the crowd. The Matilda mascot from the opening ceremony was relocated to Wet’n’Wild Water World, a water park on the Gold Coast.

The 1982 Commonwealth Games Logo was designed by Hugh Edwards, who was the winner of a nationwide competition held in 1978. The symbol is derived from the form of a bounding kangaroo. The three bands, forming stylized A’s (for Australia), are in colours which are common to flags of many Commonwealth countries. 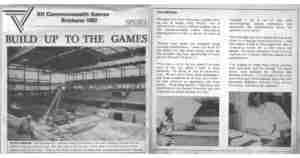 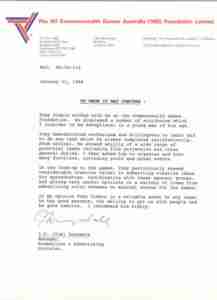 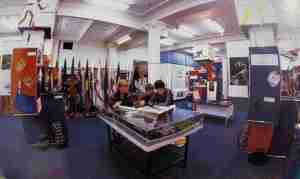 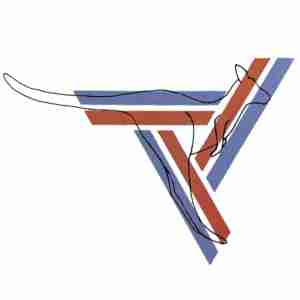 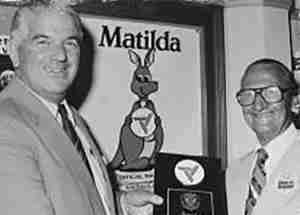 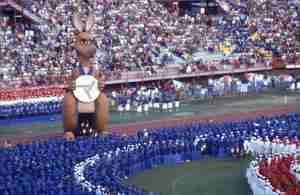 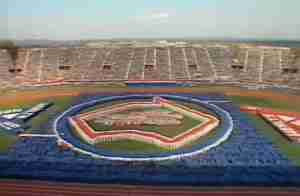 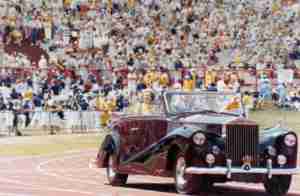 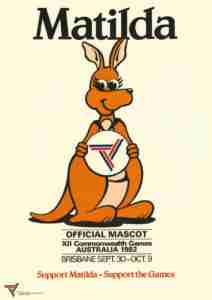 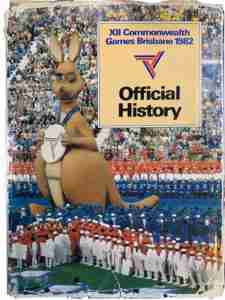 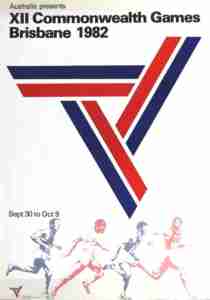 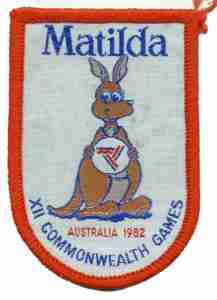 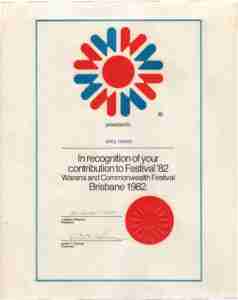 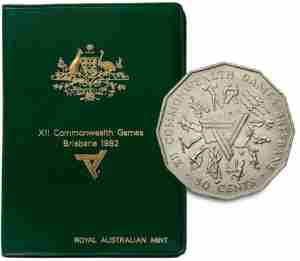 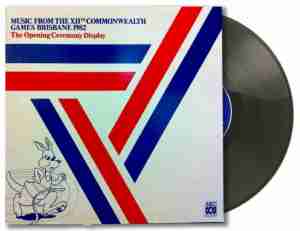 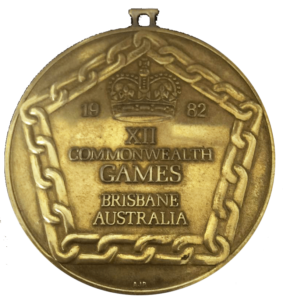 One of the projects I help work on was a QANTAS partnership, that provided QANTAS with official airline status of the XII Commonwealth Games, and provided the games with a huge amount of marketing reach, and airline tickets for executive staff.   Separately, a lot of special merchandise was created, including these commemorative playing cards issued on board to QANTAS customers on inbound flights to Australia.

In the lead up to the games I was also encouraged to submit creative ideas for sponsorships and coordinating with the sponsor groups and giving opinions on a variety of things from advertising color schemes to the musical scores for the games. I was in an unusual position of being the only child in the building, and therefore it was of interest to the adults on what the youth would think about their decision making.

Another project was working with another major sponsor Castlemaine Perkins XXXX beer to create a series of souvenir items such as bar trays, bar coasters, bar runners, esky’s and even beer cans. The XXXX brewery is an icon in Queensland, whose brewery in downtown Brisbane is iconic (and smelly) and the alignment between them and sports was a natural fit.

The Chairman of the 1982 Commonwealth Games was Sir Edward (Ned) Williams KCMG KBE QC
Ric Birch got his start in event production as the Executive Director of the Opening and Closing ceremonies.