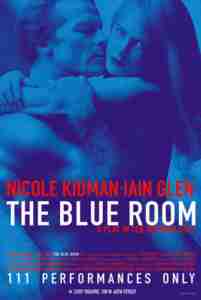 THE BLUE ROOM by David Hare opened on Broadway at the Cort Theatre December 13, 1998 for a limited run and played 15 previews and 81 performances through February 25, 1999. Freely adapted from “La Ronde” by Arthur Schnitzler with incidental music by Paddy Cunneen

David Hare’s adaptation of Arthur Schnitzler’s La Ronde, concerns a daisy-chain series of sexual encounters, with an actor and an actress portraying five characters each. Bringing satiric wit to scenes of romance, sex, isolation and hypocrisy, Hare constructs a window on the most complex of human relationships. 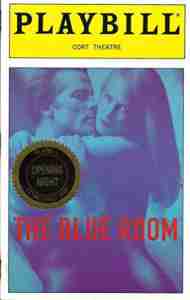 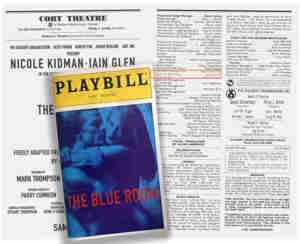 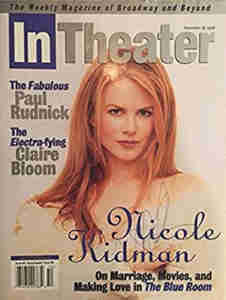