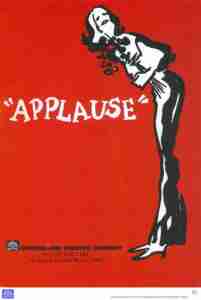 APPLAUSE with music by Charles Strouse, lyrics by Lee Adams and book by Betty Comden & Adolph Green. Based on the film All About Eve and the original story by Mary Orr, at the SGIO Theatre from March 1 to 19, 1983 for the Queensland Theatre Company. 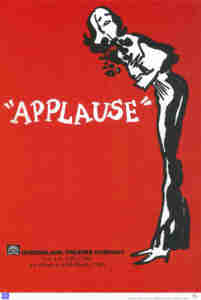 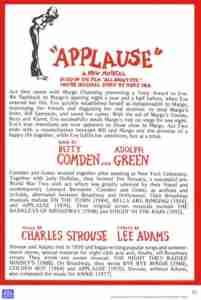 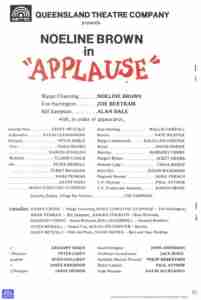 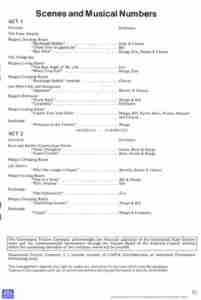 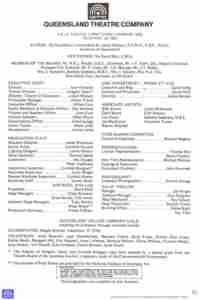 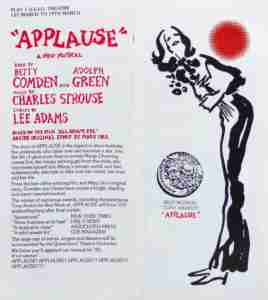 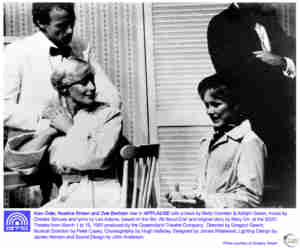 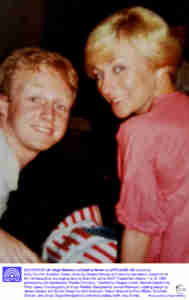 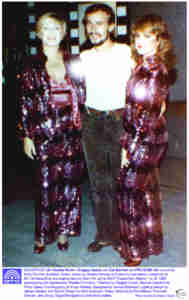 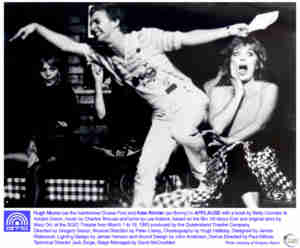 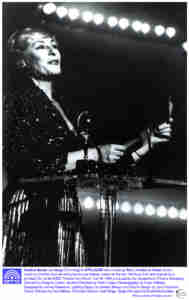 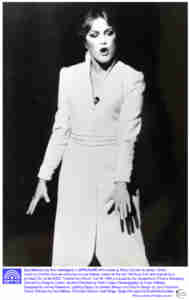 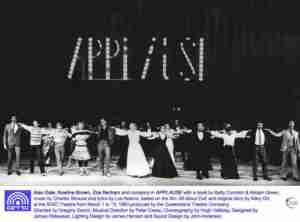 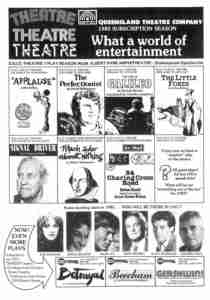 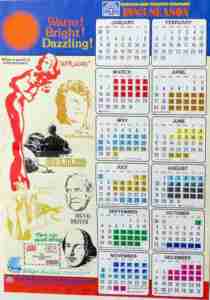 🇨🇳 In China, with all non-Chinese video sites blocked,
watch my videos on my WeChat Channel by scanning my QR: 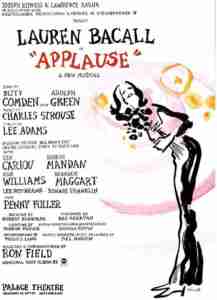 Middle-aged actress Margo Channing presents the Tony Award to rising star Eve Harrington, who graciously thanks “my producer, my director, my writer and above all, Margo Channing”. In flashback, Margo recalls the opening night for one of her plays a year-and a-half before, when Eve entered her life. Margo’s admirers crowd her dressing room and fill the air with “Backstage Babble”. Among the admirers is Eve, a young woman who says that she, alone and friendless in New York, has found solace in watching her hero, Margo, perform. As soon as Margo can be alone with Bill Sampson, her director and fiancé, she tries to convince him to stay with her and not go to Rome to direct a movie. Bill firmly but lovingly tells her goodbye. Margo dreads facing the opening night party alone, and, wanting to have a good time, she persuades, Duane, her gay hairdresser, to take her and Eve to a gay nightclub in Greenwich Village. The lively evening ends back at Margo’s apartment. Eve declares that it has been the best time she’s ever had. Margo, seeing her 19-year-old self in one of her old movies on TV, senses the impact her increasing age will have on her career and sarcastically asks “Who’s That Girl?”.

Four months later, Eve has become Margo’s indispensable assistant, impressing Margo’s close friends, including her producer, Howard Benedict. Howard takes Eve to a “gypsy” hangout. “Gypsy,” Howard explains,”is the name dancers affectionately give themselves as they go camping from show to show.” The “gypsies”, led by one of their own, Bonnie, celebrate “the sound that says love” – “Applause”. That night, at three a.m. after a phone call from Bill in Rome, Margo longingly wishes he would “Hurry Back”. Bill arranges to hurry back two weeks later, but at Margo’s welcome home party for him a misunderstanding leads to a disastrous evening. Eve, as Margo’s ever-present assistant, knows Margo’s part in the play completely, and Eve contrives to get herself hired as Margo’s understudy. Margo, feeling betrayed and threatened, faces Eve with an ironic “Welcome to the Theatre”. Bill accuses her of being paranoid about Eve, and after a bitter fight, he says goodbye to Margo, ending his relationship with her. Margo is left alone on an empty stage.

Margo is visiting her friends, playwright Buzz Richards and his wife Karen, in their Connecticut home. Karen, thinking Margo behaved unfairly to Eve, arranges for Margo to miss a performance by draining the car’s gas tank so they cannot return to New York in time for the evening’s performance. Stuck in the country for the night, they express their warm feelings as “Good Friends”. Back in New York, Eve gives a triumphant performance in Margo’s role. Howard again takes Eve to the “gypsy” hangout where she snubs Bonnie and her friends, who do a scathing parody of a girl who becomes an overnight star.

Margo is devastated when she reads a nasty interview that Eve has given in which she refers to “aging stars.” Bill now realizes what Eve’s true intentions are and rushes back full of love for Margo, telling her she’s “One of a Kind”. Margo, though, is too focused on her career to want to return to Bill. Eve, who has made an unsuccessful pass at Bill, ensnares the playwright, Buzz, and she rejoices that she now has a man who can help her career. Her plans with Buzz are crushed by Howard who claims her for himself, telling her “We both know what you want and you know I’m the one who can get it for you” – Eve needs Howard’s influence as a producer as well as his silence concerning her devious rise to stardom.

Margo seems to have lost everything because of Eve, but suddenly she realizes she could be the winner because she now has a chance at “Something Greater” – a life with Bill. In the finale, she and Bill join with everybody answering the question “why do we live this crazy life?”