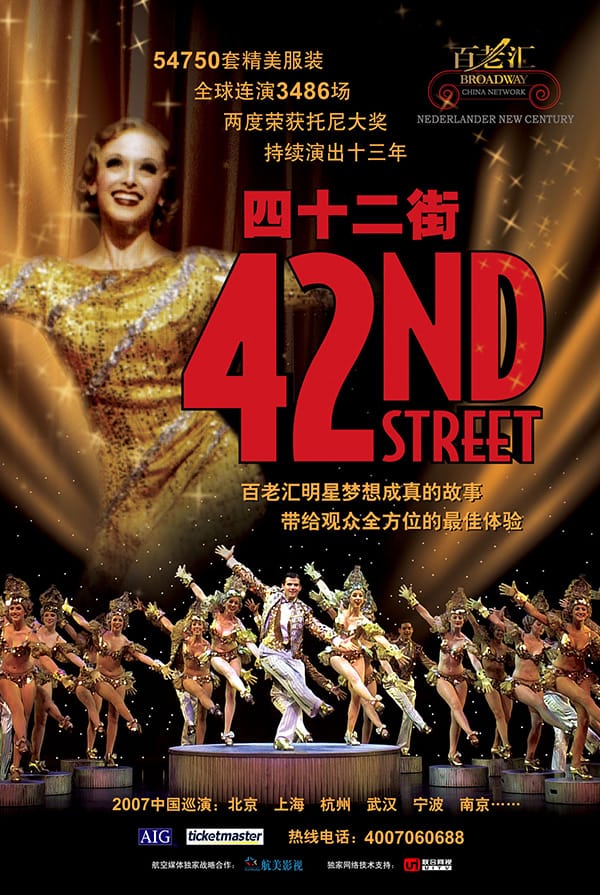 Developed the markets and laid the foundation for the Chinese tour of 42nd Street with a book by Michael Stewart and Mark Bramble, music from Harry Warren and lyrics by Al Dubin, with a 14 city introductory advance trip along with the local presenter and representatives of the Ministry of Culture, to introduce the concept and brand of Broadway, and execute letters of intent to present the show.   Additionally, worked with scenic shops and costume shops to plan for local build of physical production.  I further led the technical advance with show producing creative team members.

42nd Street is the American dream come true story of Peggy Sawyer, a naive chorus girl-turned-overnight sensation on Broadway in the 1930s. 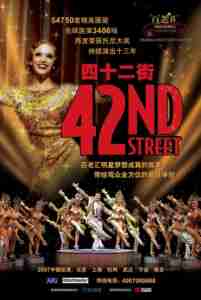 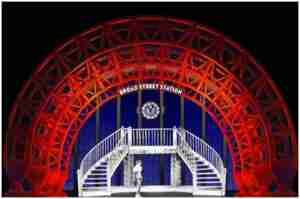 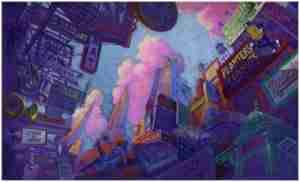 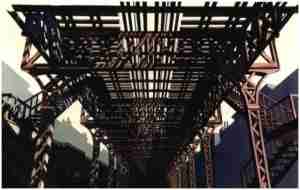 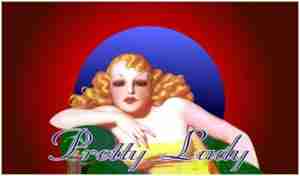 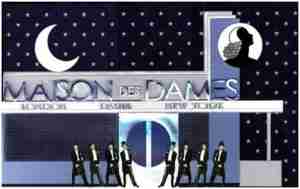 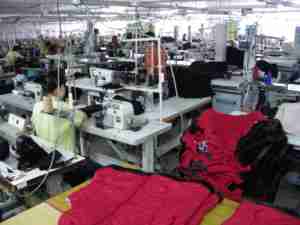 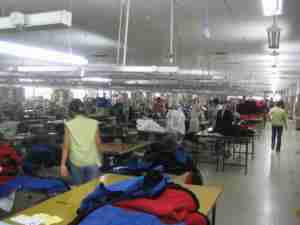 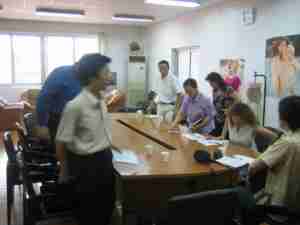 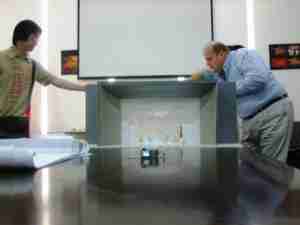 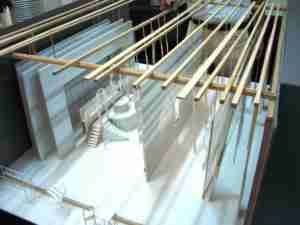 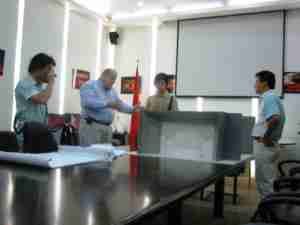 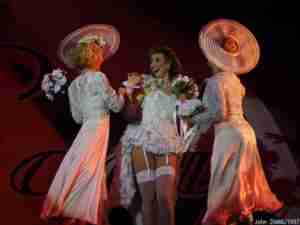 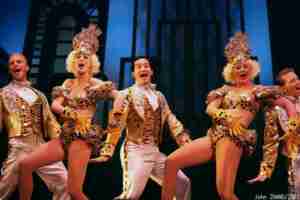 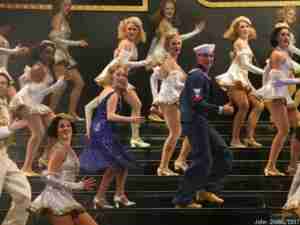 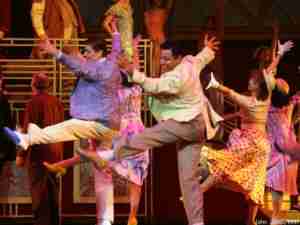 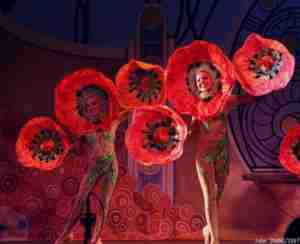 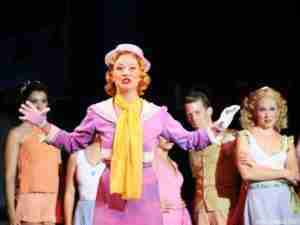 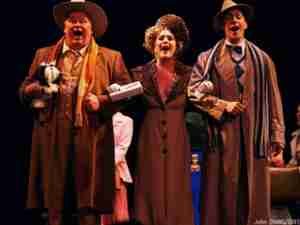 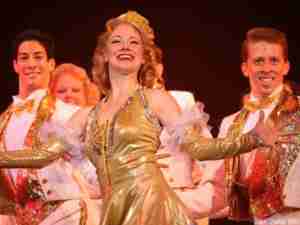